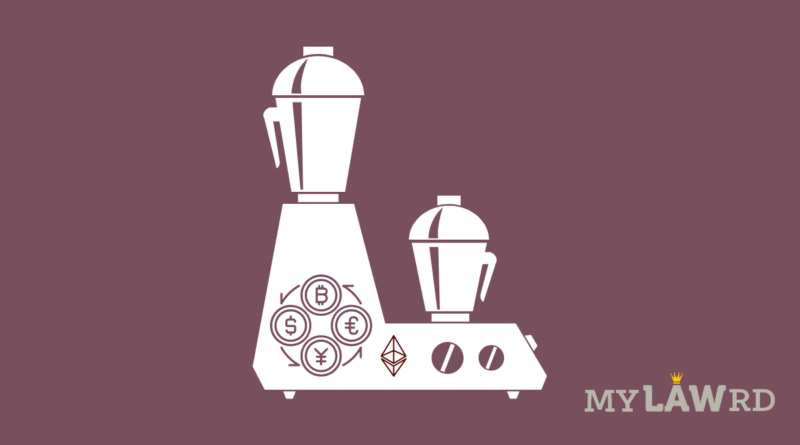 Security firm Intel 471 has observed actors relying on crypto mixing services obfuscate the origin of their criminal earnings. Even though public blockchains enable researchers and law enforcement to investigate illicit transactions, criminals use these services to complicate investigations.

What is Crypto Mixing?

‘Crypto Mixing‘, also known as ‘coin mixing’, anonymizes cryptocurrency transactions by exchanging a customer’s coins with completely different coins of equivalent value. The new coins do not have the same identity as the coins received. This process makes the coins harder to track and identify.

According to Intel 471, the initial threat actor’s cryptocurrency then joins the back of the “chain” and the threat actor receives a unique reference number known as a “mixing code” for deposited funds. The threat actor then receives their sum from the mixer’s pool, mixed using the service’s proprietary algorithm. The mixing code ensures that the actor does not receive their own cryptocurrencies.

If a threat actor wants further anonymity, it can send the received sum to numerous wallet addresses to further obfuscate the trail of illicit funds.

Among the popular crypto mixers that Intel 471 observed were ‘Absolutio’, ‘AudiA6’, ‘Blender’, and ‘Mix-btc’. All of these services had well-established presences on multiple, well-known cybercrime forums. All of them were operational on the open internet and Tor network (except Mix-btc; no Tor).

All of the services had professional-looking websites accessible in English and Russian languages. They suggest their sites serve businesses and individuals interested in protecting their privacy. These services offer mixing services for Bitcoin, Bitcoin Cash, Ethereum, Ethereum Classic, Monero, Tether, Litecoin, etc.

While the services listed minimum and maximum amounts, they collected a percentage of the total amount to be mixed as transaction fees. According to Intel 471, some services also allow users to choose a dynamic service fee, most likely to make it difficult to tie any funds to a specific crime or individual.

Here’s the service fee of the observed services:

The services do not share their wallet addresses publicly. However, Intel 471 was able to trace a wallet that Blender used from June 2020 to July 2020. In such a short span of time, the wallet handled bitcoin transactions in excess of 54 bitcoins (about $3.4 million).

Some Ransomware-as-a-service (RaaS) operators also integrated these services into their administrative panels. Any such RaaS operator received 50% of the commission that the mixing service charged.

Earlier in August, an Ohio resident pleaded guilty to charges of money laundering in Columbia’s District Court. Charges against him include laundering more than $300 million through crypto mixing service ‘Helix’. Although the accused admitted that he was aware of the illegal origin of the funds (e.g. drug trade) he was managing, he argued that Bitcoin is not money and hence he could not be guilty of money laundering. The court did not accept his argument.

Similarly, a Delhi Court directed the police to register an FIR against crypto-exchange Binance for failing to maintain necessary safeguards against crypto mixing.