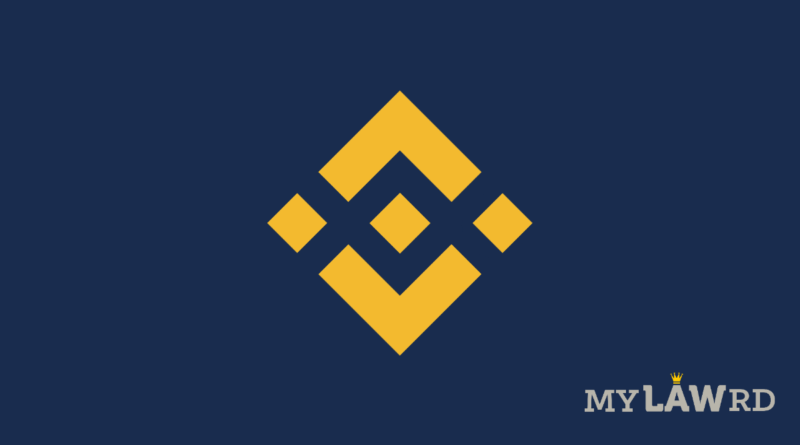 Delhi’s Tis Hazari Court has ordered an FIR and investigation against cryptocurrency exchange Binance in a crypto fraud case. The court has ordered this investigation u/s 156(3) of Cr.P.C. The complainant, represented by Advocates Bharat Chugh and Sai Krishna, asked the Court to direct the police to register FIR in the issue.

We reached out to Advocate Sai Krishna for clarifications and further comments. He confirmed that the Court has also directed an investigation into the online crypto portal “Binance” for non-compliance with financial regulations including PMLA and FEMA.

Facts of the Case

The complainant is an employee of a global securities financial service provider in India. He was employed as a Quantitative researcher and his job portfolio was trading in alternative investment instruments including Bitcoin.

On 5th July 2020, the complainant was informed that his bank accounts were frozen and his transactions in Bitcoin were marked as illegal. When the complainant confronted the accused, he admitted that payments made to the complainant were part of a ‘scam’. The accused was transferring money from accounts of other people he defrauded. As the persons defrauded only had the complainant’s details, he was named as accused in FIRs registered in those cases of fraud, Adv. Sai Krishna said.

He further said that the complainant then approached the accused and asked him to return his bitcoins, which he refused. He also approached Binance for details about the accused as well as the Bitcoin transactions. However, the portal was unable to provide him with the details even though it should have maintained them. Binance was also unable to provide adequate transaction details.

The complainant thereafter approached the SHO and DCP to register an FIR regarding this matter. Unfortunately, they did not act on the complaint. Therefore, upon filing an application under Section 156 of the Cr.P.C the matter ended in Tis Hazari Court. Consequently, the court sought an ‘Action Taken Report from the police.

Statement of the Investigating Officer (I.O)

The Investigating Officer submitted to the court that the accused used to transfer fraudulently gained proceeds into the complainant’s bank account. Out of the total money paid by the accused, Rs. 6 Lakh were credited from the account of the person residing at Nagpur. She registered an FIR u/s 66 & 67 of IT Act, 2000.

Similarly out of the total sum paid, Rs. 3 Lakh were credited into the complainant’s account from an account of a person residing at Telangana.

Legitimacy of Crypto-Trading in India

As of today, no law prohibits dealings and transactions in cryptocurrency. Advocate Bharat Chugh, appearing on behalf of the complainant, argued that Bitcoin trading was a legitimate trade and profession as no regulation explicitly declares it illegal. He further emphasized the legitimacy of the complainant’s business as all transactions were conducted through recorded media, i.e. RTGS and IMPS. Hence, the most which could be attributed to the accused was a lack of due diligence.

Further, the RBI has clarified that banks should not stop customers and exchanges from dealing in cryptocurrency. The previous circular of 2018, which prohibited dealings in cryptocurrency, is no longer applicable as the Supreme Court in Internet and Mobile Association of India v. Reserve Bank of India, W.P. (C) 528/ 2018 had set aside the circular.

The Tis Hazari Court noted that the new RBI directive requires all entities to conduct customer due diligence in accordance with regulations governing standards for KYC, AML, and CFT, and obligations as per both PMLA, 2002 as well as FEMA, 1999. This applies to all manner of crypto-currency transactions.

Binance, as the intermediary, was responsible to conduct KYC on its customers. Not only did Binance fail in this regard, it also did not maintain necessary safeguards against “mixing” and related activities.

It is the responsibility of such an intermediary as “BINANCE” to ensure adequate safeguards against activities such as ‘mixing’, and other random cryptocurrency exchanges, which change the identity of bitcoins being held by a virtual wallet, making tracing of any illegal proceeds and any bitcoins, purchased through it, extremely difficult.”

‘Mixing‘ also known as ‘coin mixing’ anonymizes cryptocurrency transactions by exchanging the coins a customer receives with completely different coins of equivalent value. The new coins do not have the same identity as the coins received. This process makes the coins harder to track and identify.

The Court also acknowledged the complainant may have been unaware of the fraudulent designs uncovered in this case, but has not ruled out his connivance at this preliminary stage. Aside from directing a detailed investigation, it also directed Delhi Police to inform concerned specialized agencies if offences under PMLA or FEMA were made out.

This Court is of the opinion that cognizable offences u/s 403/411/420 of the Indian Penal Code have been prima facie committed, and the real culprits need to be identified. The possibility of the complainant, accused and the online intermediary, being hand in glove cannot be denied too, whereby the accused may have been involved in hacking/cyber-crimes against unsuspecting persons, and transferring the same immediately to the complainant against bitcoins, who, in turn, may have been mixing/transferring the same in exchange for more bitcoins, thus creating a chain of transactions difficult to follow up, till the amount is invested in any illegal activity, or is withdrawn in a ‘safe haven’ jurisdiction. The exchange intermediary may either be involved, or may just be keeping its eyes shut to all such activities carried out through it.”

The Magistrate directed the police to immediately register the FIR and send a compliance report to the court within 2 days from 1st July 2021. The matter will be taken up again on 6th August 2021 to know the status of the investigation.

The financial regulator of the UK has banned Binance from undertaking any regulated activity, while the Enforcement Directorate in India has served a money laundering notice to it’s Indian subsidiary WazirX.

You can read the order here.Download