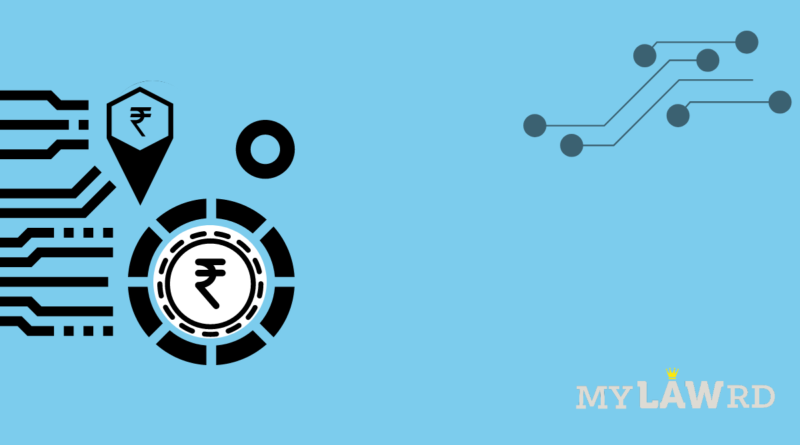 Central Bank Digital Currencies (CBDC) are being floated as the next form of monetary instrument. Many central banks across the world are actively toying with the idea of issuing digital currencies. Authorities see these digital currencies as tools to increase transparency and financial inclusion. At the same time, they view cryptocurrencies as a danger to financial stability.

Therefore, it becomes pertinent to understand what exactly is a CBDC and what differentiates a CBDC from a cryptocurrency. Is the former is really a threat to the latter?

What is a CBDC?

CBDCs have properties similar to currencies or fiat, such as cash. The most defining characteristic is that they are the electronic form of a legal tender, which usually the Central Banks issue. Consequently, the Central Bank’s reserves or assets back the value of CBDCs, as is the case with ‘money’.

Inherently a CBDC has less volatility and greater security. The conversion and value will be identical to that of actual money, with little risk of any instability. They will be accepted and accessible for all sorts of online and offline transactions 24 hours a day, seven days a week.

Further, the cost of creation and final distribution will be modest, virtually nothing. CBDCs will always be a secure and robust system against cyberattacks, system failures, and disruptions. They will be legitimate and also work with a variety of banking systems.

CBDCs are not without drawbacks. Although unlikely, a digital global payment system could collapse. They may deprive commercial banks of a stable source of funding such as retail deposits. Further, if the demand for commercial bank accounts goes down, banks may not have the liquidity to sail over a potential crisis. Central banks are working on the details so as to prevent such a situation from happening.

They also ensure an unprecedented degree of control over the circulation of money. While some CBDCs may include anonymization by design, many probably won’t. The government would have direct access to its citizen’s spending patterns. Privacy questions have already arisen over China’s trial of Digital Yuan.

Digital currencies may also need to be KYC compliant. While they are not transparent to the public, authorities could easily trace the movement of CBDCs. This opens the door for increased surveillance of citizens without their consent. Mitigating these privacy concerns would be immensely challenging.

Are they different from Cryptocurrency? How?

Unlike CBDCs, cryptocurrency is a decentralized monetary instrument, which may or may not hold any legal value. Any entity equipped with necessary resources can float them. As an asset, the market determines its value, unless the cryptocurrency is specifically pegged to something of immediate material value. E.g. Stablecoins.

In the case of a cryptocurrency, the trading community rather than any government organization regulates their distribution and use. As the control remains with the community, there is a constant effort to manipulate cryptocurrency. (to inflate prices and make gains). It also leads to drastic volatility, which leads to many investors losing money. To counter the issue, many government authorities globally are taking initiatives to have some degree of control over cryptocurrency, with some countries banning their use altogether.

The battle for digital currency leadership has already begun, and CBDC-implementation is in high demand. China has already begun trials of the e-Yuan. The ‘sand dollar’ is already in use in the Bahamas, and Ukraine has passed a law to treat CBDC as equivalent to cash.

On the other hand, European Union intends to deploy a digital Euro by 2025. The UK has announced a task force to explore CBDCs. Nigeria and Russia are also on the way to launch a CBDC.

While the Indian government plans to table a bill in Parliament to ban private cryptocurrencies, it also seeks to launch a framework for an official digital currency issued by the RBI.

Some companies are also exploring a middle ground between a digital currency and a cryptocurrency. E.g. Facebook’s Diem. These types of currencies will be backed by an asset reserve of the issuing institution and might be less hazardous to use as a payment method, than cryptocurrencies.

However, given the novelty of these instruments, we must keep in mind that authorities are still studying them. Where necessary, they are adjusting financial laws to accommodate such FinTech developments. However, we do not have concrete solutions for their seamless integration into our current economic and financial systems. Due to their systemic relevance, both CBDCs and cryptocurrencies pose substantial problems to financial stability since they have a worldwide reach and a large number of users.

Volatility has been a huge deterrent for the wider acceptance of cryptocurrency. Investors that don’t have deep pockets to hold on to their losses, will find the kind of risk associated with private cryptocurrencies tough to absorb. The volatility also impacts buying and selling through crypto. If parties trade goods and services using volatile cryptocurrencies, it can create huge uncertainty for buyers and sellers.

CBDCs are the proposed method for resolving legacy money issues, such as black money, while also boosting fiscal efficiency. One benefit would be immediate tax payments. If payments are immediate, it would also accelerate the rate of commercial flows. The ease with which digital payments may be made can incentivize everyone involved to embrace CBDCs quickly.

Considering these aspects, CBDCs are much safer compared to cryptocurrency. There have been consistent governmental efforts around the world to retain control of domestic monetary systems despite FinTech disruptions.  CBDCs have the potential to emerge as a more viable alternative monetary instrument to cryptocurrency providing the degree of control over financial systems that governments desire.