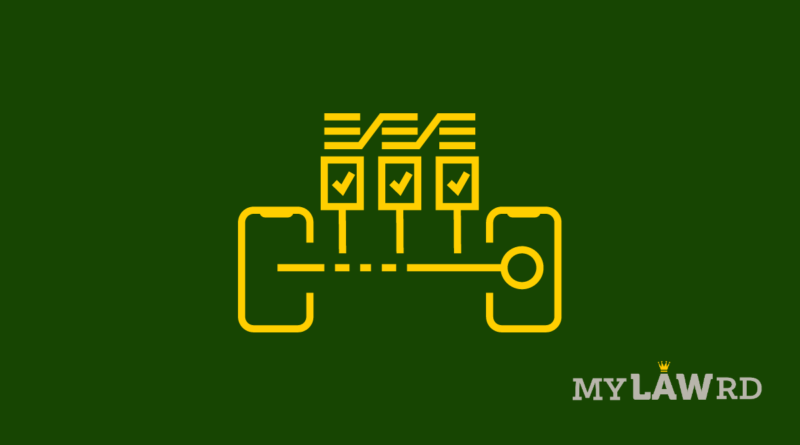 Consequently, crypto traders cannot buy any cryptocurrency using UPI. Speaking on the issue, an SBI spokesperson said, “It is the policy of the bank not to comment upon matters relating to the subject matter.

The decision has impacted WazirX. Nishcal Shetty, Chief Executive of WazirX said, ” We’re trying to discuss and put forward our points to SBI. WazirX follows KYC (know your customer) norms and AML (anti-money laundering) policies. Being the largest crypto exchange in India, millions of Indians are currently affected due to this move by SBI.”

However, they based their actions on the 2018 circular of the RBI prohibiting banks from providing services to cryptocurrency exchanges. However, the Hon’ble Supreme Court in March 2020, had set aside the circular. (Internet and Mobile Association of India v. Reserve Bank of India, W.P. (C) 528/ 2018).

In light of the judgment, RBI asked banks not to stop customers & exchanges from dealing in cryptocurrency. It issued a compliance note and asked banks to rather focus on anti-money laundering and terrorist financing rules.

With SBI blocking transactions this time, ICICI and HDFC are likely to implement similar measures. Banks will also be hesitant to initiate business with crypto exchanges, leaving them with no option to survive.

But were the recent developments not positive?

We’ll take this opportunity to take you on what has been nothing less than a rollercoaster ride. The government has tip-toed around regulations, issued mixed statements, and their actions have caused a lot of confusion. Crypto investment and trading rocketed after the Supreme Court judgment in early 2020. Top crypto exchanges doubled down on advertising and educating users, and India now ranks second in crypto adoption globally. User sign-ups on crypto exchanges like WazirX have jumped 4937% since March 2020. 55% of sign-ups on WazirX were from tier II and tier III cities in 2021. India’s first crypto unicorn CoinDCX’s users grew almost by 700% in the same period.

March 2021: The Internet and Mobile Association of India (IAMAI) asks the government to regulate cryptocurrencies, citing their advantages. A few days later, a Senior Government official says India will propose a law banning cryptocurrencies, no trading or possession allowed.

Later, one report suggested that the government may allow six months of cryptocurrency play, allowing customers to get rid of them, before imposing a complete ban. The decision was supposedly based on the recommendations of the Inter-Ministerial Committee Report of 2019.

April 2021: An amendment to the Company law and asked companies to disclose crypto-related transactions. Minister of State for Finance and Corporate Affairs Anurag Thakur says the government will approach cryptocurrency with an open outlook.

May 2021: Reports emerged suggesting the government may establish a new crypto-regulation panel, which would study cryptocurrencies as digital assets besides exploring use cases of blockchain. The earlier committee of the Finance Ministry recommended a complete ban but is said to have changed its views since then.

On the last day of May, major Indian banks issued warnings to customers and threatened account freeze if they continued to trade cryptocurrencies. RBI immediately issued a compliance note asking banks not to follow 2018 circular.

June 2021: Shaktikanta Das says the Central Bank has major concerns on cryptocurrency. Meanwhile, the IAMAI announced a formal board to create a self-regulatory code of conduct for crypto exchanges in an attempt to bring legitimacy to the trade. The NFT fever takes off and global exchanges want a piece of the pie. Reports say they plan to India saying the market is too big to ignore.

Reports suggest that the government is likely to classify cryptocurrency as an asset class in India. As such, the Securities and Exchange Board Of India (SEBI) will oversee cryptocurrency regulations. Further, a Cryptocurrency Regulation Bill is likely to be tabled in the Parliament during the Monsoon Session.

August 2021: Ms. Nirmala Sitharaman informs that a proposed law to govern cryptocurrency has been tabled before the Cabinet and is awaiting its approval. Even though she maintained that cryptocurrency will not be completely banned, she noted that the government would not want to rule out all the options.

September 2021: Reports say the Indian government plans to define cryptocurrencies in a new draft bill based on their use cases. Further, for taxation and other purposes, the bill will treat cryptocurrencies as an asset/ commodity.

And now, we wait to see how other banks react to SBI’s drastic step.