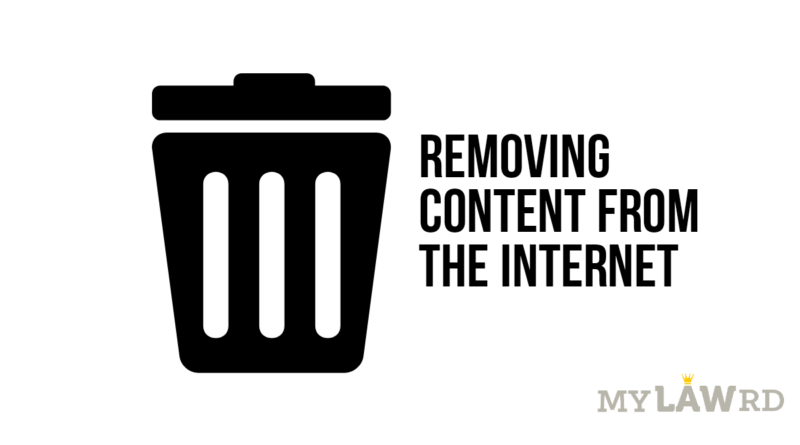 Taken aback by the actions of miscreants, the Delhi High Court has come up with a template for courts to issue a direction to remove online content. Delivering judgment upon a petition to remove online content, the High Court was faced with a challenge to save its decision from being rendered futile. A lady had filed a petition alleging that some miscreant had downloaded her image from her private Facebook and Instagram accounts, and posted them on pornographic websites. Acting upon the petition, the Court ordered removal of content and issued directions for the intermediaries to follow. However, while the intermediaries were willing to comply with the orders, errant parties continued to re-post and re-direct such content from one website to another and from one platform to another, rendering the court’s order ineffective.

The court noted that the issue of removing any offending content is significant, even while the matter is still being heard. Therefore, with a view to make effective and enforceable orders (including interim reliefs) with respect to such grievances, the court set out to craft a solution which could save legal proceedings of such a nature from becoming futile. The court formed two basic queries for the purpose:

The Law on Intermediaries and Obscenity

However, Section 79 of the Act exempts an intermediary from any liability arising out of a user’s actions. To continue receiving this exemption, an intermediary must follow the requirements as laid down in Section 79 (2) and (3). These requirements are to expeditiously remove content from its resources once ordered either by the court or the government, without any evidence, and to observe due diligence guidelines issued by the Central Government. The due diligence requirement brings us to the intermediary guidelines.

The petition was filed last year. But in February this year, the government notified the Information Technology (Guidelines for Intermediaries and Digital Media Ethics Code) Rules, 2021. The court noted that

‘A perusal of the 2021 rules shows that the regulatory regime governing intermediaries has been sharpened in several ways.’

But the court was also careful to add that since the rules were challenged in various High Courts and the Hon’ble Supreme Court has called the matter before itself, it clarified that it is not expressing any view as to the constitutional vires or any similar aspects of the 2021 rules. Nevertheless, the point to be focused on here is: the rules are still applicable as the Supreme Court has not ordered a stay on the operation of these rules.

The new rules lay down several due diligence requirements for an intermediary. Over and above, a social media intermediary has to observe some additional guidelines as well.

In Shreya Singhal’s case, the Hon’ble Supreme Court had read down the Intermediary Guidelines, 2011 to mean that an intermediary had to remove content only upon receiving ‘actual knowledge’ either through an order of the government or the court. In two recent cases, the Delhi High Court had further ruled that the objectionable content must be pointed to by the petitioner, and that the content must be removed by the hosting intermediary, and de-indexed by the search engines throughout the globe.

“62. …The remedy here is not to target intermediaries but to ensure that infringing material is removed in an orderly and reasonable manner..

“106. Applying these very principles to the present case, it is clear that any order passed by the Court has to be effective. The parties before this Court i.e. the platforms are sufficiently capable to enforce an order of global blocking. Further, it is not disputed that the platforms are subject to in personam jurisdiction of this Court. The argument of the platform is that owing to the disparity in the law of defamation in the different jurisdiction, such an order ought not to be passed.”

“108. This Court is of the opinion that any injunction order passed by the court has to be effective. The removal and disablement has to be complete in respect of the cause over which this Court has jurisdiction. It cannot be limited or partial in nature, so as to render the order of this Court completely toothless. If geo-blocking alone is permitted in respect of the entire content, there cannot be any dispute that the offending information would still reside in the global platforms of the Defendants, and would be accessible from India, not only through VPN and other mechanisms, but also by accessing the international websites of these platforms..”

The Decision and the template

The court observed that if the name or image of a person appears on a pornographic website without such person’s consent, such an act would amount to an offence under Section 67 of the IT Act, 2000. It further reiterated that the law and judicial opinion in India as well as several other jurisdictions mandates intermediaries to remove and disable access to offending content, as soon as notified by the government or the court. If it fails to do so, it will lose the exemption granted under Section 67 and become liable for prosecution.

To make orders effective and enforceable, the court reiterated that once the offending content is removed from a website, the search engine must block the search results throughout the world. No purpose would be served by issuing an order if it has no realistic prospect of preventing irreparable harm to the litigant.

Finally, the court laid down the template directions that should ordinarily be issued and parties to whom these should be issued.

[Rule 3(2)(b) of new intermediary rules mandates intermediaries to remove any content which is prima facie obscene or in the nature of impersonation, including artificially morphed images, within 24 hours from the receipt of a complaint made by the victim or any person on his behalf.]

[Rule 3(1)(g) of the new intermediary rules mandates that upon receiving actual knowledge or upon receiving a grievance as under Rule 3(2), the intermediary shall, without vitiating evidence, preserve the information and associated records for one hundred and eighty days for investigation purposes.]

[Rule 3(1)(d) of the new intermediary rules mandates that an intermediary, upon receiving actual knowledge, shall remove the information as early as possible, but in no case later than thirty-six hours from the receipt of the court order or the government notification. Rule 3(2) (b) explained above]

[Rule 4 (1)(d) and 4(4) mandate an intermediary to deploy technology-based measures, including automated tools or other mechanisms to proactively identify information that has been previously removed by such intermediary.]

[Rule 3(1)(j) mandates an intermediary to provide information under its control or possession as soon as possible, but not later than seventy-two hours. Also, law enforcement agency means any government agency which is lawfully authorised for investigative or protective or cyber security purposes.]

[This knowledge comes from the High Court’s experience in the MySpace case, as discussed above.]

Here’s the full judgment for you.Download