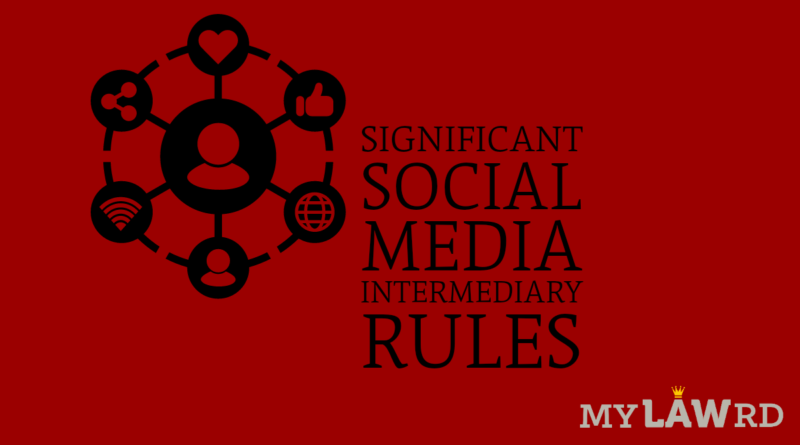 Appointment of a bunch of officers

The Chief Compliance Officer shall be an employee of the significant intermediary and shall be responsible for ensuring compliance with the Act. The rules say that such an officer ‘shall be liable’ for any proceedings where he fails to ensure due diligence as per the rules.

Such an officer shall be available to coordinate with law enforcement agencies 24X7. The officer would ensure compliance with government requests and order in accordance with the rules.

The Resident Grievance officer has to be an Indian resident with an Indian passport. The officer  would ensure compliance with the provisions of Rule 4(1) (n)- publication of the details of grievance officer as well as a mechanism using which a user may make a complaint against violations of the due diligence rules.

Identification of the first originator

A significant intermediary providing services primarily in the nature of messaging shall enable the identification of the first originator of the information. However, any significant intermediary would be required to do so only as per an order passed by a competent court or as per an order under Section 69 of the IT Act read with Information Technology (Procedure and Safeguards for interception, monitoring and decryption of information) Rules, 2009. Further, such an order shall only be passed for actions in cases with a prescribed imprisonment of not less than five years. It is to be noted that the rules lay down that the significant intermediary, in such cases, would not be required to disclose the contents of any electronic message or any other information related to the first originator.

It is to be noted that the Hon’ble Supreme Court in the Prajjawala case had observed that the Government of India may frame necessary guidelines to eliminate child pornography, rape, and gangrape imageries, and videos from social media platforms. Following the decision, an Ad-hoc committee of the Rajya Sabha had laid its report on 03/02/2020 and recommended for enabling identification of the first originator of such contents.

For more on child pornography, you can read this.

A significant intermediary shall enable a mechanism for Indian users to verify their accounts. The platform shall provide such a verified user with a demonstrable and visible mark of identification which shall be visible to all users of the service.

The significant intermediary, as discussed earlier, must appoint a resident grievance officer. The rules require that an intermediary shall prominently publish the name and contact details of a Grievance Officer. Additionally, it shall also publish a grievance redressal mechanism using which a user can make a complaint against violation of the due diligence rules. Such an officer would need to acknowledge the complaint within three working days and resolve it within a month.

The government on February 26, 2021, notified that intermediaries with more than 50 lakh users registered in India would be considered as a significant social media intermediary.