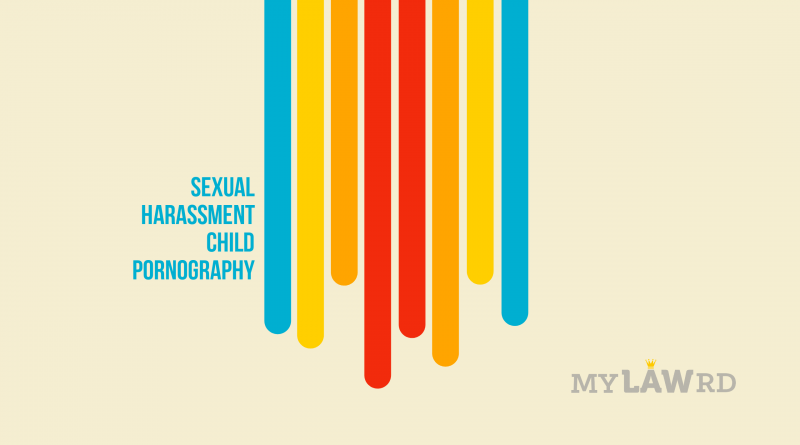 One could not agree any more with John F. Kennedy when he said, “Children are the world’s most valuable resource and its best hope for the future.” The way the world treats children has indeed improved with time. And rightly so. Not protecting this valuable resource would be to risk corrosion into the foundation of the future. Our constitution mandates welfare of children and empowers the State to make special provisions for them. The United Nations also came up with the Convention on the Rights of the Child, and India is a signatory to it. Unfortunately, though, we still witness sexual exploitation and sexual abuse of children day in and day out. A few weeks ago, the nation came across the Rehana Fathima video case. The video shows a semi -nude woman, and her kids painting on her body. The Kochi police registered an FIR as a consequence.

But wasn’t the woman the mother of those kids? Is that even an offence? Also, there was no complainant to give information about the incident. How did the police register a case without any complaint? Sadly, our lack of knowledge regarding these questions is our own ignorance. And Ignorantia juris non excusat (ignorance of the law cannot be excused). However, we often associate the ignorance of law with the accused. That is the logical proposition. Except in cases in which the POCSO (Protection of Children from Sexual Offences) Act, 2012, is involved. The POCSO Act takes criminal liability to the next level. In cases where this Act gets involved, not only the accused, but the bystanders can also be tried. So, here’s what we all must know about the POCSO Act, 2012.

Offences under the POCSO Act

For virtual offences, the act punishes storage of child pornography and use of child for pornographic purposes. Other than physical and virtual offences, the offence of sexual harassment covers a wide range of offences which could be both physical and virtual. In the context of Rehana Fathima case, and for the reason that most of us are very well aware about sexual assault, this article would focus on sexual harassment, child pornography, and non-reporting of offences.

‘Whoever’ and the ‘burden of proof’

Before understanding the offences under the Act, it is as important to understand that every punitive section of the act begins with ‘whoever’. It means that any person could be accused of an offence under this Act.

Why we need to know about POCSO at all?

Apart from the classes of offences given above, there is one other category of offence: non-reporting or non-registration of offence. Section 19 of the POCSO Act casts a positive duty on every person to report an offence that falls under the Act. Therefore, any person, who either knows about the commission of an offence, or has an apprehension that an offence is likely to be committed, must report it to the police. The point to be noted here is, if a person knows that an offence has been committed but does not report it, he can be punished with an imprisonment of six months and fine. In case of an offence by any employee, the head of the company or institution can be imprisoned for one year.

Likewise, if the police do not register the FIR, the responsible officials would also be liable for punishment. And of course, the police will have to register an FIR if they themselves come to know about the commission of an offence and initiate an investigation.

Sexual Harassment under the POCSO Act

A wide range of offences, as said earlier, fall under the term sexual harassment’. A person commits sexual harassment to a child if he, with sexual intent, says any word, or makes any gesture or sound, or exhibits any object or part of his body, to the child. Similarly, it would also be an offence, he the accused makes the child exhibit any part of his body, or stalks the child.

If the accused shows any pornographic media to the child, or threatens to use any real or fabricated (morphed photographs)depiction of any part of his body, or his involvement in a sexual act, such acts would also be sexual harassment. For the offence of sexual harassment, the accused can face imprisonment for up to three years and can also be fined.

As far as making of child pornography is concerned, it would include the physical aspects of sexual abuse and hence attract punishment given for physical category of offences. In case of using child pornography for sexual gratification (watching), the use could be of a media representing the sexual organs of a child, or showing the child in a real or simulated sexual act, or an indecent representation of a child for the purpose of sexual gratification. Punishment in these cases can be of imprisonment up to five years. If the offender commits the offence again, he can be imprisonment up to seven years.

In case of recording/ watching/ storing/ sharing of child pornography, Section 15 of the POCSO Act, as well as Section 67B of the Information Technology Act, 2000, would be invoked. We should understand these two provisions carefully. We have already referred to the provision which says that reporting of an offence is mandatory. Now, if one receives child pornography on his smart phone, and fails to report it, one could be liable for imprisonment up to three years under Section 15. Also, under Section 67B, the punishment could be up to five years and fine up to Rs. 10 lakhs.

If you are curious to know what other sections could be imposed in the Rehana Fathima video case, read our article on the Bois Locker Room controversy.

About the Rehana Fathima video case

In this case, the police have rightly registered an FIR and initiated an investigation into the case. It was a legal mandate to comply with. The video shared by Rehana is still there on the internet, and it would be only next to impossible to take down each and every copy of it that there is. The offence is likely to continue for many years to come. One can easily imagine the mental trauma, suffering, and social mockery the children are going to face in their lives. No one can appreciate such a video, no matter what message it is trying to convey. Despite being the mother of the children, it will be tough for her to prove her innocence.