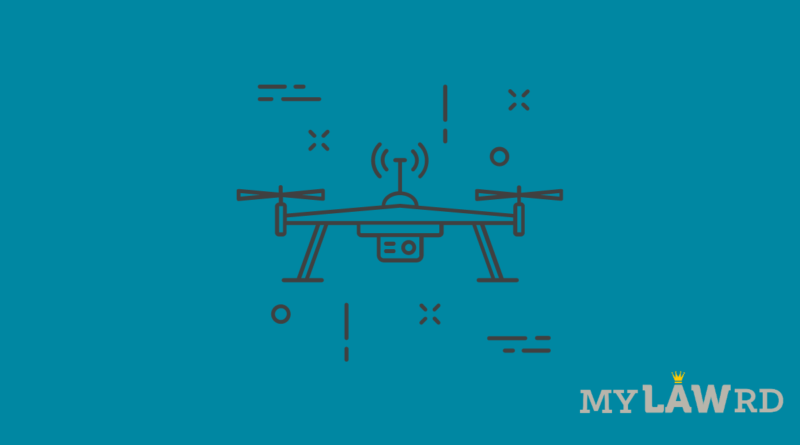 We are increasingly deploying Autonomous Aerial Vehicles (UAV) for civil use. To facilitate and promote their deployment, governments around the world are also coming up with regulations. However, there seems to be a gap between regulating civilian drones and preventing rogue drones as a tool for warfare. The current mechanisms and procedures might prove inadequate in preventing cheap commercially available drones from becoming a national security problem.

Drones, or Unmanned Aerial Vehicles (UAV), are pilotless and non-crewed aircraft that are operated remotely. Different regulations characterize them on the basis of their weight. Each weight category has its own set of regulatory limitations on civil and commercial use.

These sophisticated machines are part of the Unmanned Aircraft System (UAS), which includes an autonomous aircraft with its associated elements. A remotely piloted aircraft (RPA) along with its components such as the remote pilot stations, command and control links, and any other components form a Remotely Piloted Aircraft System (RPAS).

The government has been promoting the use of drones in our airspace. They have enacted multiple regulations to legitimize the technology. The most relevant are the much liberal ‘Drone Rules 2021’, which were notified in August 2021. These rules supersede the drone rules of 2018 and 2019 while repealing the Unmanned Aircraft System Rules, 2021.

These rules apply to all persons owning or possessing or engaged in exporting, importing, manufacturing, trading, leasing, operating, or maintaining a drone in India. All drones weighing up to 500 kilograms currently in operation have to adhere to these rules. These rules shall not apply to drones used by the naval, military, or air forces, or those that weigh more than 500 kgs.

The government has also removed the requirement of security clearance before registration. It also allows foreign ownership of firms that use drones. The Directorate General of Foreign Trade, on the other hand, will continue to control drone imports.

Bottom line- the government has drastically liberalized the drone rules. The onus is largely on the operator to ensure all compliances, including operational compliances. Pilots can create safe flight paths using an airspace map, which the Central Government will issue.

But there is a need to be Proactive

India recently witnessed a Drone attack in Jammu terrorists weaponized a UAV. The incident put a sharp focus on preventing such incidents from occurring and becoming a national security concern.

Many corporations worldwide have come up with solutions to retaliate against drone attacks. India’s Defense Research and Development Organization (DRDO) has also developed an ‘Anti Drone System’. It uses a combination of jamming drone signals and firing lasers at the targeted drone.

Until now, security forces have used this system only on a few occasions.  Security agencies can deploy a similar drone detection and alarm system over nationally sensitive zones to intercept the UAVs.

Though costly and potentially risky, this method could prove immensely beneficial in high-risk zones. However, effective remedies preventing the use of off-the-shelf consumer drones for attacks remain elusive.

Rogue drones if not dealt with in a timely manner could be an acute security risk. The risks can range from anything as basic as negligence, such as a drone flying too close to an airport, to something as serious as carrying explosives to commit a terrorist act.

Multiple safeguards are in place under the Drone Rules 2021, but they are insufficient to address the security concerns posed by rogue drones. We need an effective system to counter rogue UAVs. This entails detecting a drone and quickly determining whether or not it is a rogue drone.

The full-scale model is used for protecting places of national importance. It uses a mix of primary and passive detention methods. Security agencies can use mobile, vehicle-mounted, and rooftop deployable considerations to cater to event-based deployment. They may use the mid-scale and the basic models to protect less crucial infrastructure, buildings, and premises.

The Guidelines also include ‘procedural methods’ of prevention, deterrence, and denial, as well as ‘active means of detection, disruption, and destruction,’ which is a step in the right direction.

Prevent the use of drones for attacks at the source

Laws are unlikely to deter malicious actors from attempting a drone strike. Adequate prevention requires checks on the manufacturing and import of drones, and their components.

The best place to start with would be instituting oversight mechanisms for drone manufacturers. Restricting payload capabilities and hardwiring no-fly zones into the GPS system could prevent individuals without sophisticated technical skills from carrying out attacks. Maintaining an immutable record of location or ping points inside the drone could help identify its flight path.

Additionally, mandating a license to buy and fly a drone could also help deter possible attacks since the seller would record the information of the drone operator.

Violations of privacy as a result of widespread surveillance, as well as interference with the operation of essential infrastructure, may restrict the usage of these technologies. While the threat of rogue drones is grave, the solution is wise regulation such as the Drone Rules 2021, which strikes a balance between the expanding drone industry and rising security concerns. The task is daunting but can be accomplished by investing in cutting-edge drone defense technology and indigenous R&D, with the help of government grants and investor funding.