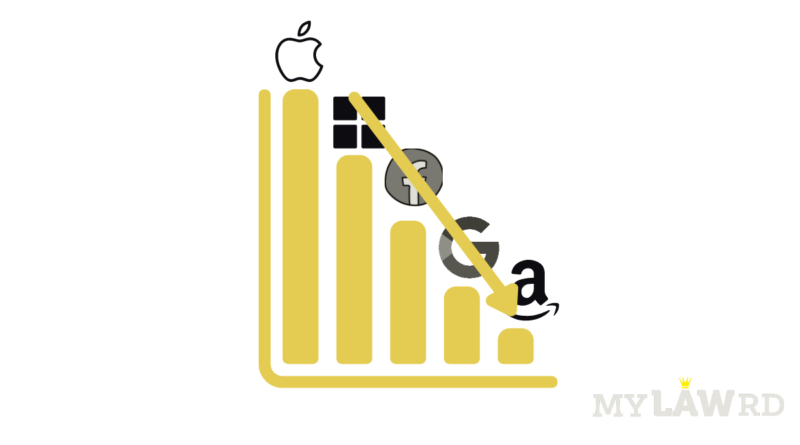 A bipartisan group of U.S. state attorney generals has sent a letter to the Congress, urging them to pass bills proposed against big tech firms. The group addressed the letters to leaders of the Senate and House of Representatives, and expressed explicit support for the bills, Reuters reported.

On 11th June, a bipartisan group of lawmakers in the United States House of Representatives introduced a package of six bills to check the growing power of big tech.

American Innovation and Choice Online Act: It aims to prohibit discriminatory conduct by dominant platforms, who compete against businesses on their own platform. The Act also bans self-preferencing, where a platform host favors its own products on its platform. As a result, big platforms could be forced to sell their assets operating on their own platform.

Augmenting Compatibility and Competition by Enabling Service Switching, or Access, Act– It requires large internet platforms to enable users to transfer their data to other platforms.

Platform Competition and Opportunity Act- This bill prohibits big platforms from entering into a merger with competing companies.

Ending Platform Monopolies Act– It aims to restrain a platform operator from owning a line of business other than its platform, which gives rise to an “irreconcilable conflict of interest.”

The other two bills are concerned with procedural aspects of antitrust cases. They will also raise federal fees on corporate merger reviews. One of them will ensure that cases brought by the state attorney general remain in the court they select.

On June 25th, the Judiciary Committee of the House of Representatives passed these bills.

The Way Forward for these Bills

The next stage for these bills would be a full House vote when they are brought to the floor. Once the House of Representatives passes the bills, it would be the Senate’s turn to pass them.