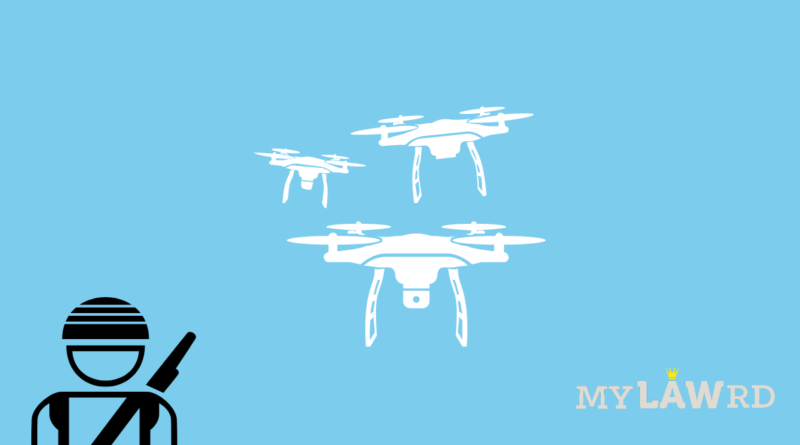 In order to keep pace with global developments, the Indian Army has ordered 100 swarm drones. The drones are capable of striking targets at distances of up to 25 kilometres. The Army placed the deal in two tranches of 50 drones each with Newspace Research & technologies, an Indian company situated in Bangalore. According to Army sources, these drones can hit targets with bombs weighing five to ten kilogrammes, besides delivering medical and other supplies to troops in forwarding regions.

The drones also reportedly mimic the biological behaviour of animals and birds to saturate an area.

What are Swarm Drones?

Swarm drones are a cluster of drones that are capable of flying and attacking together. Remote ground control stations are in charge of the swarms. They can be used to deploy kinetic strikes at 2 km Above Mean Sea Level (AMSL) along with surrounding features of conducting surveillance and aerial data relay.

Recently Indian Army also decided to deploy Israel made Heron Drones to keep closer vigil at LAC with China. They decided to take them on Lease and deployed a total of 4 drones.

Details of The Deal

As per Livefist, the swarm is heterogeneous and comprises of IC engine and bettering powered types. The Army plans to employ these drones to test swarming concepts and technologies such as manned-unmanned teaming. The emphasis is on learning lessons and using them to design future swarming systems.

The emergency procurement seems to be a reaction to the Chinese government’s video, claiming to show a barrage swarm that launches 58 attack drones to attack a target.

The report suggests that the army will procure more drones, but only after learning lessons from the operation of these swarms.

Newspace is one of a slew of cutting-edge new firms working in India’s private sector aerospace and research environment. The firm came in first place in the Army’s swarm drone evaluation trials earlier this year in Ahmednagar, Maharashtra. In February, Newspace and HAL announced technical cooperation for unmanned systems and artificial intelligence. At Aero India Exhibition this year, the two companies jointly presented a number of military unmanned systems, including airpower teaming systems and air-launched cruise missiles.

After the attacks on Indian Air Force’s Jammu Base, it was reported that the Indian Army is acquiring AI-powered drones for attacks. According to a tender document, the Army was looking for fixed drones as well as swarm drones for kinetic attacks.

Although the Army is eager to engage smaller firms and startups, DRDO has developed Anti-Drone Systems for counter-attack scenarios. The system travels with PM Modi’s security cavalcade at the moment.