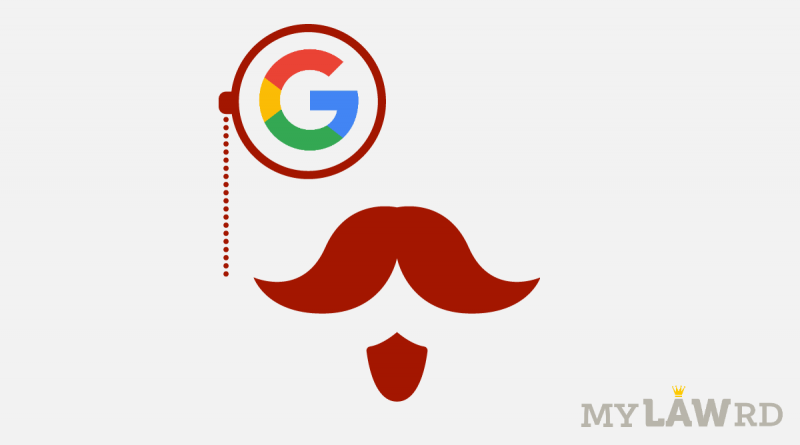 Google’s digital payment app Tez, which was rebranded as Google Pay in 2018, holds almost 40% market share in the UPI transactions segment, making it a major player in UPI Banking. In 2018, the Bank for International Settlements (BIS) ranked India seventh among the 24 countries where it tracks digital payments. Around 67 million payments were processed per day in India and majority of the transaction takes place through Google Pay. Recently Google has been recognized by Interbrand as one of the Best Global Brands and ranked second in the list of America’s largest Corporations. In 2018, the CEO of Google, Sundar Pichai, was grilled for almost three and a half long hours by the US Congress for various major allegations and privacy issues, such as political biases and Chinese censorship.

In recent years there have been numerous allegations against Google for abuse of marketing dominance. Even the U.S Congress while investigating the activity of Amazon, Apple, Facebook, and Google was of the opinion that antitrust law reform is needed to safeguard democracy and “ensure that our economy remains vibrant and open in the digital age”.

Google is a multinational conglomerate specializing in internet-related products and services; it is one of the major technical giants world-wide. Alphabet is the parent company of Google as well as other businesses including X Development, Calico, Nest, Verily, etc. For the last several years, it has been holding the title of the second-largest technology company worldwide. Google has dominated the search engine market, maintaining an 86.86 percent market share as of July 2020.

The majority of Google revenues are generated through advertising. The company has also expanded its services to mail, productivity tools, enterprise products, mobile devices, and other ventures. As a result, Google became one of the top tech company in the world. In the Indian Market, transactions estimated roughly around 4.4 trillion Rupees is done through Google Pay making it the top payment app in India. Approximately 95 percent of the Indian population uses an android phone, OS being made by Google. Google has made it obligatory that these android phones come with some pre-installed Google apps, recently even Google Pay making a compulsion on android devices. Google has a clear monopoly on the mobile search engine market across India with a share of 99.29 percent as of May 2020.

The Competition Act was enacted, keeping in view the economic development of the country, for the establishment of a Commission to prevent practices having an adverse effect on competition, to promote and sustain competition in markets, to protect the interests of consumers, and to ensure freedom of trade carried on by other participants in markets, in India, and for matters connected therewith or incidental thereto. The scenario of a healthy market and practice is facilitated with the help of the Competition Commission of India, which has been imposed with the duty of enforcing the Competition Act, 2002 in trade and business.

The Monopolies and Restrictive Trade Practices Act, 1969 was repealed by the Competition Act, 2002, on the recommendations of the Raghavan Committee. The Act has been conceived to follow an inquisitorial system wherein the Commission is expected to inquire cases involving competition issues in rem, rather than acting as a mere arbiter to ascertain facts and determine rights in personam arising out of rival claims between parties.

The complaint against the tech giant was filed in February and the Competition Commission of India (CCI) has kept the identity of the complainant confidential. Section 4 of the Act deals with the “abuse of dominant position” and makes it illegal to impose unfair or discriminatory terms and conditions, actions resulting in a denial of competitive market access, etc. “Dominant Position” has been defined under this Act as “a position of strength, enjoyed by an enterprise, in the relevant market (India), which enables it to operate independently of competitive forces prevailing in the relevant market or affect its competitors or consumers or the relevant market in its favour”i.

Section 19 of the Competition Act, 2002 provides that “the Competition Commission may inquire into any alleged contravention of its provision on its own or receipt of any information from any person, consumer, or association after payment of the required fees”. Section 26 provides that “on its own knowledge or information received under Section 19, the Commission is of the opinion that there exists a prima facie case, it shall direct the Director-General to cause an investigation into the matter”

There were several charges made against Google. Inc by the anonymous complainant, however only two allegations were considered and investigated by Competition Commission of India. The first allegation is of unfairly privileging Google Pay by misusing its dominance over smart phone market by distorting the search results on the Play Store in favor of its own digital payment app, Google Pay. Google have been alleged to feature the app under categories, such as “Editors’ Choice Apps”, “User Choice App of 2018” and “#Top Free app” demonstrating clear bias in favour of its own app by manipulating the search advertisements algorithm on the Play Store in favour of Google Pay, and by pre-installing and prominently placing Google Pay on Android smartphones at the time of initial set-up.

The Competition Commission of India concluded in its initial review that requiring Google Pay to be used by apps or for making in-app payments was an “imposition of unfair and discriminatory condition, denial of market access for competing apps of Google Pay and leveraging on the part of Google”ii.

In 2018, the Competition Commission imposed a fine of Rs 136 crore on Google Inc. for unfair business practices in the local market for online search. It was alleged that Google abused its dominant position in the market for online search through unfair practices leading to bias and search manipulation. Google has appealed against the order and the National Company Law Appellate Tribunal has stayed it pending adjudication.

Google has claimed that Android is not dominant in India and it faces significant competition from other OSs, significantly competition from licensable and non-licensable OSs. It has submitted before the authorities that Google Pay is not favored by the company in search rankings and the results are purely based on algorithms.

Further, Google has every commercial incentive to ensure that its search rankings in Play provide users with high quality, relevant apps that are responsive to the user’s query. Google’s rivals can and do appear in Users’ Choice, Editors’ Choice, and Top Charts lists. Google Pay is not preinstalled on all Android devices and is not the default app. Google Pay is not the exclusive payment method on Play, other apps and methods can be used by the users to make and receive payments on Play. Google’s 30% (and in certain circumstances, 15%) service fee is not arbitrary. It is market based, legitimate, and pro-competitive as the service fee allows Google to cover third party fees and support its significant and continued investments in Play, including the vast resources it develops for developers.

Statistics shows that Android Mobile Operating System has a market share of more than 95 percent in India. This software was first developed by Android. Inc, a software company located in Silicon Valley before it was acquired by Google in 2005. Since then, Google has developed and updated the software from time to time. Xiaomi, Vivo and Samsung are the top three smartphone manufacturing brands and hold major share in the smartphone market in India. All these companies have their own app store, but most of their users prefer downloading apps from Play Store due to seamless experience and trust it has built over time. The charging of 30% service fee is not arbitrary as it is a market based and legitimate practice, and therefore doesn’t fall under “Anti-Competitive Agreements” as defined under Section 3 of the Competition Commission Act, 2010.

PhonePe and Google Pay have been competing against each other to secure top position for years; almost every tech review website recommends either PhonePe or Google Pay as the best app for UPI transaction. Google Pay getting featured under categories, such as “Editors’ Choice Apps”, “User Choice App of 2018” and “#Top Free app” is not impossible as Google Pay does have a good base and customer preference in the Indian Market. Nevertheless, there remains a scope of favouritism and hence the algorithms need to be looked upon.

Most but not all applications are available for free in Play Store. Besides various applications, numerous movies can be purchased or rented in Play Store, as well. Play Store provides Google Pay as the only UPI payment option for purchasing and renting such applications and movies. Concerning this, the Competition Commission of India quoted that the “prima facie view that mandatory use of application store’s payment system for paid apps and in-app purchases restricts the choice available to the app developers to select a payment processing system of their choice especially considering when Google charges a commission of 30 per cent (15 per cent in certain cases) for all app purchases and IAPs.”

Now that you are here, do you want to know How Google became an accused of defamation?

I am Debmallya Sinha, a student of ICFAI Law School, Hyderabad. I believe law should change with the change in society, and therefore it is of immense interest for me to dive into emerging fields of Law like IPR and Cyber Law. I aim to create value not only for the organization I am attached to but for society as a whole.