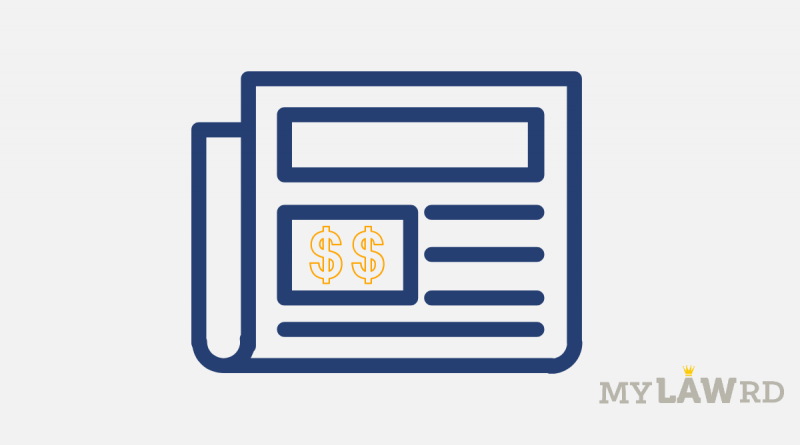 It’s no secret that the news publishing industry largely survives on advertising revenues. When it comes to publishing of news content on Google, or Facebook, these giants usually take the bigger share of revenue as compared to the news companies. Here’s how.

Let’s take a small publishing house, for example, which is a new entrant in the business. It requires readers, and those readers to view ads and click on them, to survive. So, they partner with companies like Facebook and Google to show their content. But, in this partnership, Facebook and Google benefit more. If someone on searches ‘Farmer Protests 2020’ on Google, he finds several results from news websites on the first page of the search results. These search results, first of all, contain a meta description.

Secondly, when that someone goes to the “News” tab of the search results, they find even more results with a summary included. The result is that the individual may not visit the news website to read more, since he got a descriptive note in the search result itself. This results in less traffic on the news website, and subsequently lesser revenues. Similar stuff happens with Facebook. The application allows for snippets and summaries attached within the post.

Further, according to Digital News Report, 2020, published by the University of Canberra, getting news via mobile alerts and aggregator apps, e.g. Google news is on the rise. This indicates an increasing demand for curated news. News publishers do not share any revenue with such application providers or news aggregators, further taking the revenue down. Also, AMP pages minimize display of ads. Therefore, while others are gaining dollars using the content of news publishers, overall revenue of news publishers is observing a downtrend.

Adding to the problem, algorithmic changes by these platforms often leave the news publishers in dark. They are only able to find the changes after a few days of observation, and loss of reach, and once again most importantly: loss of revenue.

To tackle this issue, the Australian Competition Commission (ACC) published a document News Media and Digital Platforms mandatory bargaining code (NMDPC) in July, 2020. Australia in this code specifically mentioned the names of two companies: Facebook and Google. These companies would be governed under this code and if the situation demands, more companies will be added. Google and Facebook are already facing anti-trust charges in their home country USA, herein with this code Australia is trying to strongarm the news publishing houses so that they gain some leverage in order to negotiate a better deal with these tech giants.

This code requires Facebook and Google to share data with the publishers that they collect on users who access their content. It also makes mandatory for platforms to provide information in advance if they are making in changes in algorithmic ranking. The ACC believes that this data would provide publishers with insight on who their target audience is, and what they can do to improve their services.

CONFLICTS WITH OTHER NATIONS

Australia is not the only country at loggerheads with Facebook and Google. Earlier this year, the French competition authority asked Google to negotiate with news publishers and pay them for their news snippets. A similar thing happened in Spain in 2014, which led to Google withdrawing news services from the country.

Google in its latest blogpost announced that they will be investing $1 Billion in the news media industry. will start paying select news organisations for access to their paywalled content for its News Showcase program. According to Google, ‘Paywalls are a crucial part of some publishers’ revenue strategies. To support that goal, we’ll pay participating partners to provide limited access to paywalled content for News Showcase users. In return, users will register with the news publisher, providing a way for the publisher to build a relationship with readers.’ News Showcase has been presented as a feature that gives publishers (that have partnered with Google) more control over which stories they want to show to readers and how to present them. It went live in Brazil and Germany in October.

Facebook seems to be a step ahead. Last year, it announced its curated news platform in the US: Facebook News. The service will be available in the UK from 20201, and Facebook has said that it is working to launch the product in France and Germany as well.

THE DEAD WALL DOWN UNDER

Google claimed the News Showcase Program to be ‘Unworkable’ in view of the NMDPC. The company claimed that even before the draft code was signed, it had signed agreements with several Australian publishers but the News Showcase feature is on hold until the code is amended to a considerable degree. It also said that in the NMDPC arrangement, publishers gained a lot more than what Google did. It cited the example of 2018, when publishers made more than $200 million from Google links, compared to just $10 million revenue that Google made from the same.

Facebook too is against the NMDPC. In September, it had announced that it will not allow publishers and users in Australia to share local and international news on Facebook and Instagram if the country passes the Code.

The draft NMDPC is yet to pass the legislative muster, and the negotiations are still on. Attempts to arm twist or even break the Big Techs have certainly gained popular trust, and voices against regulatory independence continue to escalate. The decision by Facebook and Google to pay news publishers (although Google will only pay for paywalled content) is a key one, but how much respite it bring to them in Australia, or even other jurisdictions, is something to look out for.

Since we leaving on the Big Tech and anti-trust note, here’s our article on Why the Competition Commission of India is investigating Google?