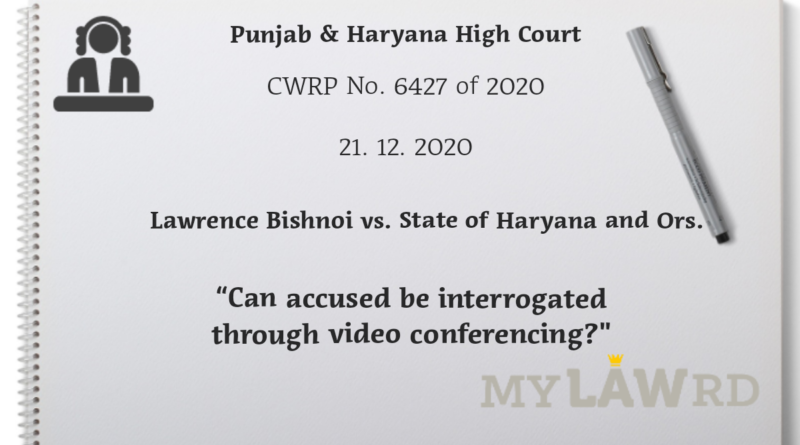 Case Name – Lawrence Bishnoi vs State of Haryana and Ors.

The case discusses whether an accused can be interrogated through video conferencing. The petitioner was in custody since 2015 and is presently confined in Central Jail, Bharatpur, Rajasthan. The State of Haryana seeks to transport the accused to Chandigarh and interrogate him in connection with an FIR.

Whether the accused can be interrogated by the I.O. through video conferencing?

“…An interrogation is an effective tool available with an Investigator. It is an indefeasible right of the police to interrogate an accused to unearth the truth especially when the direct evidence or the modus operandi of the commission of offence is such that there are certain hidden facts which are required to be brought to surface.”

“…Interrogation of an accused, though possible through video conference, will lose much of its effectiveness when the accused is sitting fast away from the investigator. During the course of the investigation, an investigator would put several questions one after another depending upon the answers given by the accused while watching his demeanour….”

The High Court further observed that during interrogation, in case any disclosure is made by the accused which has to lead to some kind of recovery of some articles or some other evidence, the accused may be required to be taken to the place of occurrence, which will help the police to tie loose ends together.