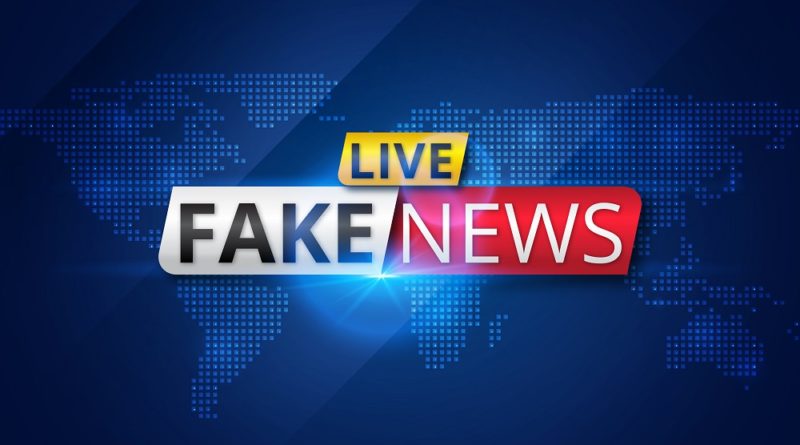 With the lockdown 2.0 in place, it remains to be seen as to which districts will see relaxed restrictions from 20th April. The relaxation comes with a strict caveat to adhere with the government guidelines and no fresh outbreak of COVID-19 cases in such districts. Although the ultimate fallout of the coronavirus pandemic is still uncertain, what is certain is the widespread of WhatsApp forwards that include fake news, and sometimes alarming information.

Each one of us has got a smartphone in our hands, spending increased amounts of time on social media amidst the lockdown; tweeting, liking memes on Facebook, creating stories on Instagram, chatting on WhatsApp, making videos on TikTok, and sharing any news that we receive on all of them. Not so surprisingly, while TikTok’s average session time rose from 39.5 minutes to 56.9 minutes, time spent on lesser known apps like Live.me and Bingo also rose by 315% and 66% respectively. Sharing of news, however, is mostly and undoubtedly out of concern for friends and family. It is one of the beauties of the internet that no one is left behind, everybody knows everything instantly. But perhaps beauty dresses to kill, sometimes literally.

FAKE NEWS IN THE TIMES OF CORONA VIRUS

Within a few days of the lockdown, huge numbers of migrant labourers started to leave their places of work and headed towards their home villages/ towns located at different parts of India, on foot. 22 migrant labourers died trying to return home. In a similar fashion, thousands of migrants gathered at the Bandra Railway Station in Mumbai after they heard of news about train services resuming amidst the extended lockdown. As per a status report filed by the Central Government in the Supreme Court in the matter of Alakh Alok Srivastav vs. Union of India [WP (Civil) 468/2020], 21,064 relief camps had to be set up by various State Governments and 6,66,291 persons had to be provided with shelters. The reason for such large scale migration? Fake news. “Panic was created by some fake news that the lock down would last for more than three months”, the Apex Court noted. So the biggest question that rises before anyone of us is, ‘how do we stop it’?

Given the utterly gigantic number of internet users in India, which somewhere in 2019 crossed the 500 million mark, there’s no stopping anything now. While privacy of the users ensures that any fake news cannot be detected and nipped in the bud, inability of the social media companies to trace origin of any message due to the end-to-end encryption removes fear from the minds of miscreants. Fact checking teams are all but a few and the truth surfaces mostly after the damage has already been inflicted. Therefore, the question needs to be rephrased and one needs to ask, ‘how do I not land in jail?’.

Before jumping to the conclusion, let’s understand that what could possibly go wrong if you share any news that later on turns out to be fake. There are various Sections of the IPC and other laws which regulate sharing of false information. If a person creates a false message, i.e. a false electronic record, he would be guilty of offences as prescribed in the law. A person who further publishes or shares such messages is an abettor and is to be treated in no different manner than the originator of the false message. The Madras High Court further solidified the legal proposition and in SVE Shekhar vs. The Inspector of Police, 2018, ruled that,

Taking a plea of not knowing the law is something which law doesn’t excuse. Now, there are a variety of laws that were enacted with an intent to douse any fire ignited by fake news/ false information. For the sake of convenience, it would be preferable to divide the laws in two parts: cognizable offences and non-cognizable offences. For reference, cognizable offences are those offences in which the police can arrest the offender without a warrant for arrest.

Since the outbreak of coronavirus cases in India, various states invoked the provisions of the Epidemic Diseases Act, 1897 and framed guidelines for dealing with the disease. Taking one such example, the Delhi Government came up with ‘The Delhi Epidemic Diseases, COVID-19 Regulations, 2020’. Rule 6 of this regulation, in a very explicit manner, states that,

“No person/ institution/ organisation will use any print or electronic media for information regarding COVID-19 without prior permission of the Department of Health & Family Welfare, Govt. of NCT of Delhi. This is to avoid spread of any rumour or unauthenticated information regarding COVID-19. In case any person/ institution/ organisation is found indulging in such activity, it will be treated as a punishable offence under these regulations.”.

An act of disobedience of these regulations would make a person liable under Section 188 of the IPC. Since sharing any false information is likely to cause danger to human life, health or safety, or a riot, the offender can be punished with imprisonment which may extend to six months, or with fine which may extend to one thousand rupees, or with both. It is pertinent to note that such disobedience need not necessarily intend to cause any harm, simply disobeying the order of a public servant is enough to incriminate the offender.

Besides disobedience, if a person shares any information which promotes enmity between different groups on the grounds of religion, race, language, or disturbs harmony between such different groups, that person can be booked under Section 153A of the IPC. If the shared information does not differentiate on any of the above mentioned grounds, but nevertheless deliberately provokes any person to cause riots, the offender can still be booked under Section 153 of the IPC. Examples can be drawn from the ‘Tablighi Jamaat’ fiasco, wherein people publicly shared information that was provocative in nature. Imprisonment can be up to six months under Section 153 if rioting is not committed in consequence to such provocation, but may extend to one year if rioting is committed. Under Section 153A, the offender can be punished with imprisonment up to three years.

Section 269 and 270 fall under the category of offences that affect public health, safety, and convenience. If any person shares an information, which in any manner causes the spread of an infectious disease that is dangerous to life, that person can be booked under Section 269 or 270 IPC. For instance, if a person creates a message that all the guidelines of the government will be withdrawn after 2 p.m. on a particular day, and people come out in the open neglecting all social distancing measures. If the act is done negligently, then Section 269 would be appropriate, attracting imprisonment up to six months, or fine, or both Whereas, if the act is done with a mala fide intention, then Section 270 would be imposed, attracting imprisonment up to two years, or fine, or both.

This section punishes an offender for making or circulating a false alarm or warning as to a disaster, or its severity or magnitude, leading to panic. Upon conviction, the offender can be imprisoned for a maximum period of one year, or can be fined.

There have been a few cases where people have falsely posted about foreign travel history of other persons and have created an apprehension that such persons may be a carrier of coronavirus. If as a consequence of such posts, a public servant uses his lawful power to the injury or annoyance of any person, the offender can be prosecuted under Section 182 IPC. Such an offender can be punished with imprisonment up to six months, or with fine which may extend to one thousand rupees, or with both.

The law of defamation can also be invoked against an offender who publishes false information regarding any persons, under Section 500 IPC, attracting imprisonment up to two years, or fine, or both. Further, in cases of defamation, Section 469 of the IPC can be invoked, making the offence cognizable, and the punishment stringent. An offender can be given an imprisonment up to three years and also fine, for an offence under Section 469 IPC.

Section 505 can be used in two categories with respect to sharing of information. Firstly, making, publishing, or circulating a statement or rumour which creates or is likely to create fear or alarm to the public. Secondly, making, publishing, or circulating a statement or rumour or alarming news with an intent to create or promote enmity, hatred or ill-will between classes on grounds of religion, race, language, caste, etc. In both the cases, an offender may be punished with imprisonment of up to three years, or with fine, or with both.

The above-mentioned sections can operate in isolation, or can operate with any particular combination of sections, depending upon the circumstances of the case. In case a cognizable offence is clubbed with a non-cognizable offence, the entire offence would be a cognizable one and the police would be capable of arresting without a warrant. Further, there are some other relevant sections such as Section 465 and 471 IPC. These sections can also be invoked in case of a false information, especially when fake documents are shared around. While Section 465 talks about a forged electronic record, 471 talks about using a forged electronic record as genuine, inviting imprisonment up to two years, or fine, or both.

The internet is a safe house to users who do not wish to reveal their true identity, and sometimes use false/ fake identity too. In case such users are found spreading any kind of fake news, Section 66C of the Information Technology Act, 2000, can also be imposed against them. The offender, under this section, can be imprisoned for up to three years with fine which may extend up to rupees one lakh.

HOW TO PROTECT YOURSELF?

2 thoughts on “Forwarding fake news on WhatsApp can land you in jail. How to stay safe?”