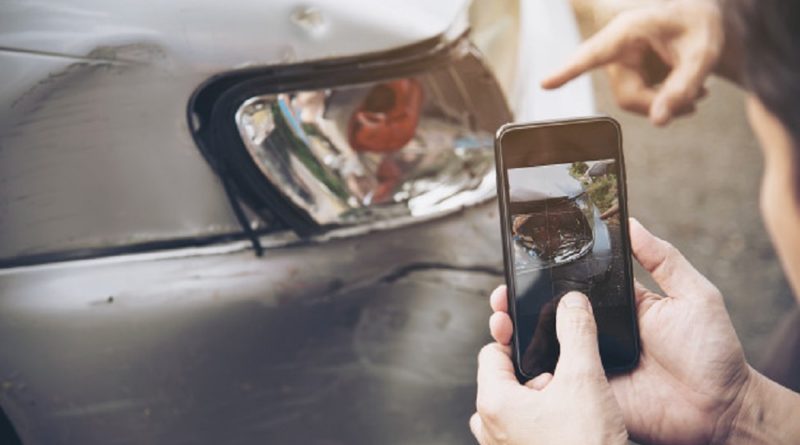 Electronic gadgets have crawled into every aspect of human lives. Interaction with them means that they are consequently going to be produced as evidence in the courts of law in various prosecutions. Cyber law jurisprudence has been constantly evolving in India since the introduction of Information Technology Act, 2000. The Act amended several other legislations including the Indian Evidence Act, 1872. Section 65B of the Act and its compliance has particularly been a sizzling topic ever since and the slow pace of legal development has ensured that the cloud of doubt never leaves the legal landscape. This Section, along with several others clarifies the legal standpoint relating to electronic evidence. But what exactly is electronic evidence?

Electronic evidence can be said to be data that is manipulated, stored or communicated by any man-made device, computer or computer system or transmitted over a communication system. To give recognition to this kind of evidence, Section 92 of the Information Technology Act, 2000 amended Section 3 of the Evidence Act and rephrased it as “all documents including electronic records produced for the inspection of the Court” and Section 59 as “content of documents or electronic records”. Additionally, Sections 65A & 65B were introduced which exclusively address procedures as to admissibility of electronic evidence.

These sections have a non-obstante clause, which means that they possess an overriding effect on other sections of the Act which may contradict them. However, it should be noted that no changes were made to Sections 61 to 65 and it has been unanimously accepted that this omission clearly reflects the intention of the legislature, i.e. not to extend the applicability of these sections to electronic evidence. Reliance has been placed upon Utkal Contractors & Joinery Pvt. Ltd. vs. State of Odisha AIR 1987 SC where the Supreme Court has clarified that the Parliament does not legislate where no legislation is called for.

Section 65B of the Indian Evidence Act

In the realms of evidence, a fact which is relevant and admissible need not be construed as a proven fact. For any fact to be proved, it should be appreciated and concluded as a proven fact by the judge. Section 65A mandates that to prove the contents of any electronic record, the standardised framework as laid down in Section 65B shall be complied with. This framework gives recognition to a certificate under Section 65B (4) which must identify the electronic record containing the statement, describe the manner in which it was produced and give the details of devices involved in the production of the electronic record. This certificate could be signed by any person occupying an official responsible position with regard to the computer device producing the output which is to be produced as evidence, including any third party.

When talking of compliance under Section 65B, it is the nature of the document that is necessary, not the way it is produced. E.g. a document which is generated through human feeding and printout is taken and authenticated by the same through a signature is treated as a handwritten document and therefore doesn’t need to be certified under this Section, whereas a computer generated output where human intervention is minimal would require a certificate for the purpose of admissibility. The burden of proof lies on the person adducing the electronic evidence, who can do it either by producing the original electronic media as primary evidence or by producing its duplicate stored in a CD/DVD/SD Card/HDD by way of secondary evidence.

While proving by way of a duplicate or clone, the same shall be accompanied with a certificate as provided under Section 65B of the Evidence Act produced at the time of taking the document, without which the evidence would be rendered inadmissible. With regard to an email, under Section 88A of the Evidence Act, 1872, a presumption is made as to the contents of the same. It says that an electronic message forwarded by a sender through an electronic mail server to an addressee corresponds with the message fed into the sender’s computer for transmission. The presumption, however, does not extend to the sender of the message. The Calcutta High Court in Abdul Rahman Kunji vs. The State of West Bengal 2009 has observed that the testimony of the witness to carry out such procedure to download and print the same is sufficient to prove the electronic communication.

Is a 65B certificate necessary?

In the initial years, there was some confusion pertaining to the compliance with these newly introduced sections. The established law was then laid down in State (NCT of Delhi) vs. Navjot Sandhu Alias Afsan Guru [(2005) 11 SCC 600] which said that irrespective of the compliance with the requirements of Section 65B, there is no bar in adducing secondary evidence. Prosecuting agencies continued to resort to Section 63 or 65 of the Evidence Act to prove the secondary evidence. They did not preserve or seize the original media/evidence even though Section 4 of the Information Technology Act, 2000 recognises only those electronic records that can be accessed for a subsequent reference, which again contradicts the law laid down.  Further, source and authenticity are two important factors for electronic evidence. There is no authenticity of a duplicate without the presence of the source as has been upheld in Sanjaysinh Ramrao Chavan vs. Dattatrya Gulabrao Phalke, 2015. In Dharambir vs. CBI 148 (2008) DLT 289, the court gave way for the production of a cloned hard disk drive or a mirror image which can be treated as a secondary evidence.

In 2014, the Supreme Court finally cleared the confusion and overruled the standpoint of Navjot Sandhu in Anvar P.V Vs. P.K Basheer & Ors. [MANU/SC/834/2014], the reason being the inherently volatile nature of data. It is very easy to alter or fabricate any electronic record and thus doubts as to its genuineness, veracity and reliability are hard to extinguish. The apex court held that secondary evidence would not be admissible without a certificate under Section 65B(4) of Evidence Act, 1872. Without the safeguards of Section 65B, the whole trial based on proof of electronic records can lead to travesty of justice.

Also, any electronic evidence without this certificate could neither be proved by oral evidence nor by the opinion of the expert under Section 45A of the Evidence Act, as laid down in Section 22A of the same Act. In Jagdeo Singh vs. The State and Ors., 2011, the Delhi High Court reiterated this requirement and held an intercepted telephone call in a CD and CDR inadmissible which were filed without a certificate under Section 65B. It observed that the secondary electronic evidence without certificate under Section 65B is inadmissible and cannot be looked into by the court for any purpose whatsoever.

65B certificate can be filed at any stage

Since the prosecuting agencies had neither preserved the original evidence nor had they obtained a certificate under Section 65B as per the law laid down in Navjot Sandhu, pending cases were headed for acquittal. They soon, however, got a lifeline owing to Section 91 of the Cr.P.C, 1973 which empowers the court to call for any document which is necessary or desirable for the purpose of trial and such power could be exercised by the court at any stage of the proceeding.

The Rajasthan High Court, in Paras Jain vs. State of Rajasthan [MANU/RH/1150/2015] ruled that a certificate under Section 65B could be filed at any stage of the trial. The court observed that, “The language employed by the draftsman of processual law may be liberal or stringent, but the fact remains that the object of prescribing procedure is to advance the cause of justice.” They viewed a discrepancy with the compliance only as an irregularity which does not go to the root of the case and is thus curable. The ruling meant that there was no mandate to file it with the charge sheet and the same could be filed with a supplementary charge sheet also as Section 173(8) of Cr.P.C, 1973 confers upon the police to carry out further investigation and collection of evidence even after filing the police report or charge sheet.

But what does Shafhi Mohammand say about 65B?

Just when it seemed that the dust was settled, the advancement of technology once again challenged the legal system. With the introduction of technology like Blockchain and its shared ledger system, no one could be said to be occupying an official responsible position to produce and sign a certificate under Section 65B.

The legal system was able to catch up very soon and the Supreme Court in Shafhi Mohammad vs. State of Himachal Pradesh [SLP (Cr. 2302 of 2017] relaxed the compliance to Section 65B (4) and held that this requirement is not always mandatory. It further said that it will be denial of justice to the person who is in possession of authentic evidence but on account of manner of proving such document is not considered. The procedure is to be followed only when the electronic evidence is produced by a person who is in a position to produce such certificate being in control of the said device, thus furthering the cause of justice.

Author’s Note: The Judgment of the Hon’ble Supreme Court in Shafhi Mohammad has been misread by many around the country and in view of the widespread confusion, it is clarified that by virtue of this judgment, the requirement of certificate under section 65 B has not been waived off by the Supreme Court. The certificate is required for admissibility of any electronic record in the court. Only in cases where the person producing the document does not occupy a official responsible position with regard to the device through which the electronic record was obtained, the requirement has been relaxed.

This article was an entry to the ‘Rostrum Legal | The Law Ambassador National Legal Writing Competition’, held in October, 2018, and was adjudged 2nd best among more than 200 entries. The original article, titled as ‘Setting The Record Straight on Electronic Records’, can be accesses here.

The latest law regarding Section 65B can be read here.