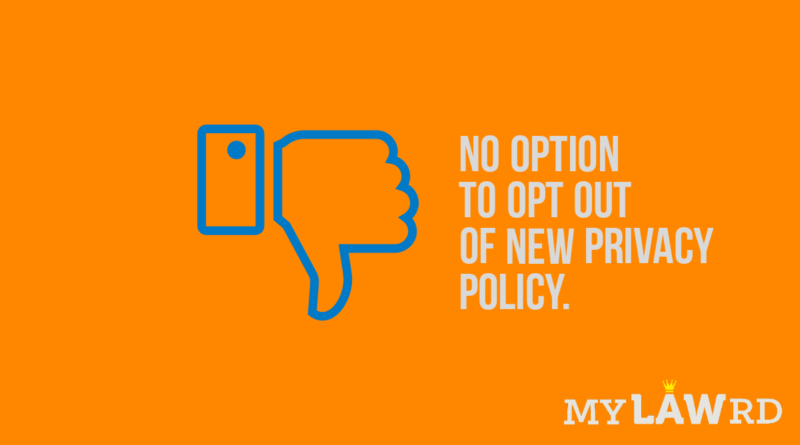 On Tuesday, 13th April 2021, the German Supervisory Authority, Federal Commissioner for Data Protection and Freedom of Information, issued a statement that it will take action against social media giant, Facebook. This action is to prevent the collection of personal data from users of its WhatsApp messaging app.

The supervisory authority has already opened emergency proceedings against Facebook. This comes after WhatsApp announced that users will need to give consent to the privacy policy. The only option users have to opt out of this privacy policy is to stop using the platform.

“We have reason to believe that the data sharing policy between WhatsApp and Facebook is being impermissibly enforced due to the lack of voluntary and informed consent,” said Johannes Casper, Data Protection Officer, Federal State Hamburg, Germany.

He added that he opened a formal administrative procedure “to prevent an illegal mass exchange of data”, and seeks for an “immediate enforcement order” on this before May 15. May 15 is the deadline to accept the new disputed privacy policy or stop using the services.

In response to this, a WhatsApp spokesperson said “Our recent update includes new options, people will have to message a business on WhatsApp, and provides further transparency about how we collect and use data.

He further added “To be clear, by accepting WhatsApp’s updated terms of service, users are not agreeing to any expansion in our ability to share data with Facebook. Also, the update does not impact the privacy of their messages with friends or family.”

In India, the Competition Commission of India (CCI) ordered a probe against Facebook. CCI alleged that WhatsApp’s new privacy policy is an abuse of dominance, prima facie. Following this WhatsApp challenged the order in the Delhi High Court.

WhatsApp’s new privacy policy does not give any choice to their users but to share their data with Facebook. This sort of dominating behavior is not good for WhatsApp users. There are apprehensions that WhatsApp may exploit its dominating position in the future too. It could limit the options further for its users in the future too.

For a fact, the updated privacy policy for European Union and India are different but this is the common issue with both.