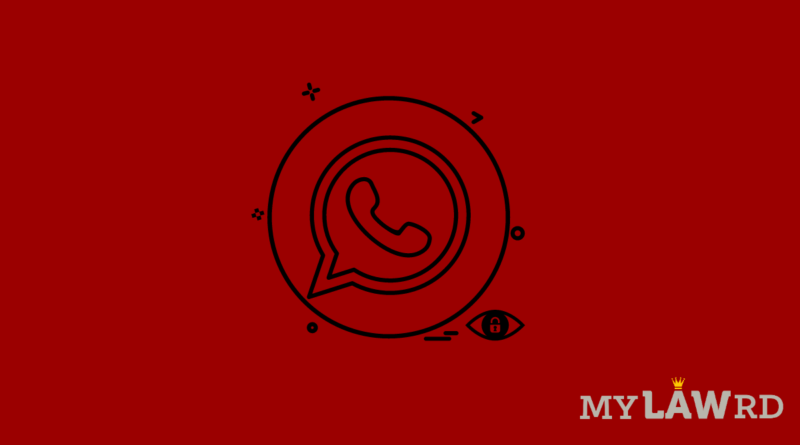 The Centre has clarified its position on WhatsApp’s lawsuit against the new IT rules. In its response to WhatsApp, the Government has clarified that it respects the right to privacy but it is not an absolute right. The government further stated that none of the new measures will have any effect on WhatsApp’s normal operation.

This comes in response to the lawsuit filed by WhatsApp against the Indian government. WhatsApp claims that the new rules will force it to make conversations “traceable” to third parties. This would violate the privacy of the users. To stop the government from enforcing the restrictions issued earlier this year, WhatsApp filed a case in the Delhi High Court.

You can read the press release here.

As per the statement of the Central government, such requirements are only in case the message is required for prevention, investigation, or punishment of very serious offences related to India’s sovereignty and integrity, the State’s security, friendly relations with foreign states, or public order, or of incitement to an offence relating to the above or in relation with rape, sexually explicit material or child sexual abuse material.

According to the intermediate guidelines, the originator of material can only be traced if alternative remedies applied went ineffective, making this a last resort approach. The statement further added that such information can only be obtained through a judicial process that has necessary legal safeguards.

The government further stated that the rules enacted in the public interest are not rules enacted in isolation but have global precedence. The government further cited the arrangements of different jurisdiction like the United Kingdom, United States, Australia, New Zealand and Canada where authorities have issued tech companies to include mechanisms in the design of their encrypted products and services whereby governments, acting with appropriate legal authority, can gain access to data in a readable and usable format. The statement also mentions the Brazilian Law enforcement which has asked WhatsApp to provide suspect’s

Based on this, it stated that what India is asking for is significantly much less than what some of the other countries have demanded. Because of this, the government terms WhatsApp’s attempt to portray the Intermediary Guidelines as contrary to the right to privacy as misguided.

Non-compliance with the laws might result in these social media businesses losing their intermediary status, which protects them from liability for any third-party data and material they host.

It needs to be seen how WhatsApp responds to this while defending its privacy policy in the Delhi High Court.

Ravi Shankar Prasad, Minister of Electronics and Information Technology and Communications stated that new IT Rules will not harm WhatsApp users. He stated that the new IT Rules are intended to prevent platform abuse and misuse. The rules further provide users with a comprehensive mechanism for grievance redress.

The Minister posted the following statements on his Twitter and Koo profile: