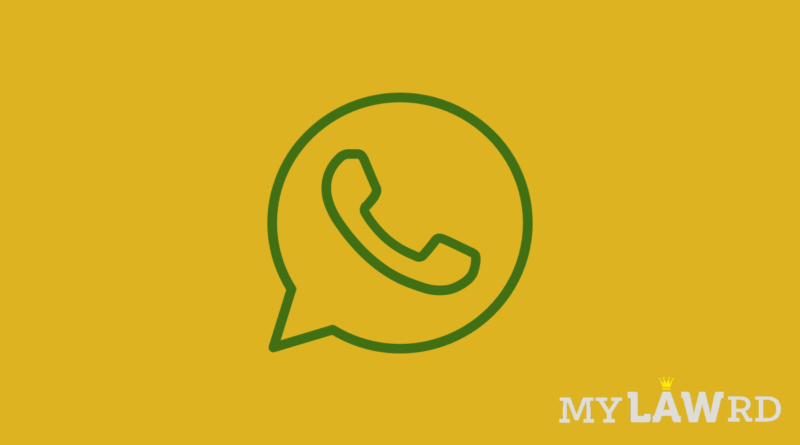 WhatsApp has challenged the new Information Technology Rules (IT Rules) in the Delhi High Court. Today was the last date for a social media platform to comply with the new guidelines. WhatsApp in its submissions state that complying with new rules will violate citizen’s right to privacy. This is specific to the IT rules’ traceability mandate, the compliance with which would mean to break encryption.

The traceability mandate and encryption

At present, WhatsApp itself is not aware of the messages sent through it because of the encryption. While the law mandates WhatsApp to provide the identities of only those who are credibly accused of a crime, the company claims it cannot do that in practice. This is because messages are end-to-end encrypted. However, there are multiple views around the issue, and the government has suggested an alpha-numeric hash system to trace the origin of messages.

For WhatsApp to comply with the new rules, it says it would have to break encryption for both recipients and “originators” of messages to comply with the legislation. Facebook (WhatsApp’s parent company), and industry rivals have all made significant investments in India. However, industry managers privately worry that the government’s increasingly heavy-handed regulation may compromise such opportunities.

The Intermediary Guidelines and Digital Media Ethics Code, issued by the Ministry of Information and Technology, states that “significant social media intermediates” will lose the protection provided by Section 79 of the Information Technology Act if they do not comply with the guidelines.

The new rules specify that social media companies must assign Indian nationals to key compliance jobs, put up a process to respond to complaints, according to the new guidelines, and remove content within 36 hours of a legal order. Automated tools should also be installed to remove pornography. Facebook has stated that it agrees with the majority of the provisions, but it is still negotiating some of them.

Meanwhile, two days back Delhi Police reached Twitter’s Delhi office. This was consequent to Twitter India labelling several tweets of a certain political leader as ‘Manipulated Media’ in a case that Delhi Police was investigating. Later on, it was clarified that the police did not raid the Twitter office and it was routine procedure to hand down notice to the platform.