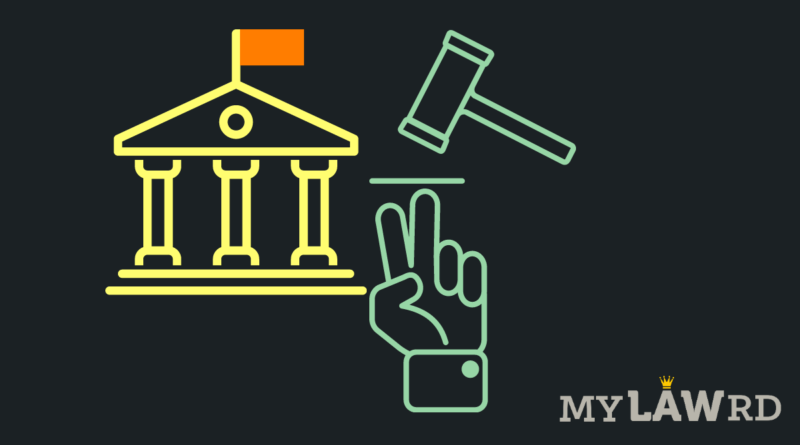 In light of certain incidents, the law of contempt of court was subject of intense debate across the Nation. People from all forays of the Public held an opinion and had passionate discussions on it. Whether the population was genuinely interested in deliberating the idea of contempt law or was it just a means to while away free time during the pandemic, is beyond the scope of this article and can be reserved for contemplation on a later date. But surely, subsidized internet packages, free access to social media platforms and ample time during the lockdown have encouraged people to be vociferous on social media platforms. Your thoughts, translated into a strong opinion are available to the world, with just a click of a button.  Whether one’s opinion is backed by a sound understanding of an incident, especially if it’s a law, is seldom given any attention.

In what was a widely discussed issue, the Supreme Court held Advocate Prashanth Bhushan guilty for contempt of court, for his tweet against Justice Bobde, wherein he attributed political motive and defamed the office of the CJI.  There was furor as to how the Apex court was wrong in exercising its contempt power. However, going by the word of the law as it stands today, the Apex Court was right in exercising its contempt power. Whether the contempt law in India is regressive or is restrictive of freedom of speech is an entire issue in itself.

Criminal Contempt of court is not a 21st century law. The principle has its roots in the common law and has been a subject matter of discussion for centuries now, both in India and across the world. In the Indian context, the law has been revisited and its constitutional validity upheld time and again.

Law of Criminal Contempt in India is codified and has been strengthened with various judicial decisions. The definition, which is relevant to this particular case, is simple and comprehensible to a lay man.

“Criminal contempt” means the publication (whether by words, spoken or written, or by signs, or by visible representation, or otherwise) of any matter or the doing of any other act whatsoever which-Scandalizes or tends to scandalize, or lowers or tends to lower the authority of, any court…1

The Contempt of Courts Act, 1971 also provides an exception to contempt by providing that Fair criticism of judicial acts is not contempt2. This means that anyone has the right to criticize and be vocal about how a Judge has erred in interpreting or applying the law to a case he has adjudicated or has entirely failed in soundly deciding a particular case. In fact authors of legal commentaries and jurists have always been critical of such shortcomings in judicial decisions. Judges themselves write dissenting judgments and over rule previous decisions. Appreciating or being critical of a Judge’s action, restricted to his judicial activities, is no contempt and the contempt law in India is very lenient to this extent.

The right of the court to punish for Contempt is a protection not against the ‘judge’ but against the ‘Judicial office’ he holds. Judges are appointed to interpret law and adjudicate cases and their duty begins and ends there. It is not part of their office description to justify their judgments except on the grounds of sound reasoning and the applicable law. If every unsuccessful litigant starts attributing political motives, corruption or mala fide motives to the judges, then the very institution of the Judiciary is under stress. At least, this is the broad reasoning on which the contempt law in India is based upon. Judges cannot and should not be expected to justify their actions, except to the extent of judicial decisions. Moreover, there is also a strict code of conduct that judges must adhere to, while they interact with members of the public, especially on online platforms.

SO WHERE’S THE LINE THAT YOU SHOULD NOT CROSS?

In India, trouble begins when you make personal attacks on the actions of a judge, which is nowhere connected to his judicial activities. What Justice Bobde does, when he is not present in the court room should not concern Mr Prashant Bhushan or any member of the public for that matter. He was not acting in his capacity as the CJI and what he did had no repercussions on the constitutional post he held.

Assuming that a judge has no or personal life outside of his judicial work is mere folly and very much against the idea of personal liberty that Mr. Bhushan himself claims to be a champion of. Mr. Bhushan would have been justified in making a personal comment on Justice Bobde, as an individual, but he was wrong by referring to the office of the CJI in his tweet. The tweet by the contemnor, even taken at its face value will no doubt fall within the strict contours of contempt of court and all elements to constitute the offence will stand made out.

If one desires for a more relaxed law on contempt of court, then one must advocate for the law itself to be reformed and not come down heavily upon the Supreme Court for exercising its power rightfully, in accordance with the law.

We hope you liked reading this article. Before you go, do you think Twitter labelling tweets nullifies it’s intermediary protection?