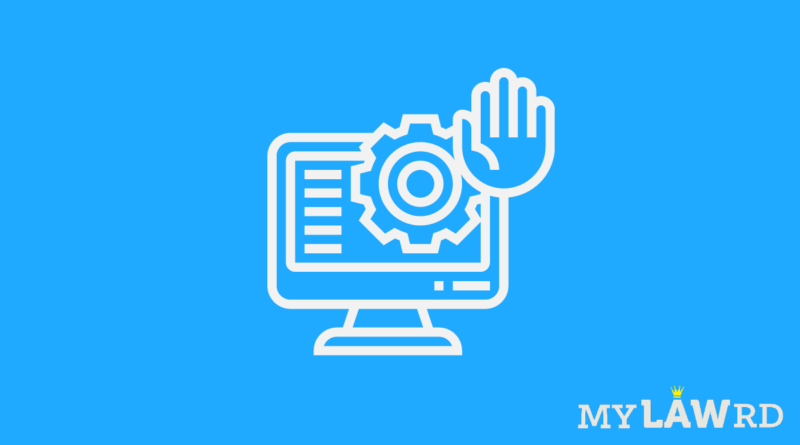 Poland has proposed to enact a ‘social media free speech’ law that criminalizes intermediaries if they practice self regulation. Poland believes that social media corporations have no right to regulate speech on their platforms through any form of content regulation. According to this proposed law, if Facebook or Twitter deletes/ blocks/ restricts any user’s account or any content shared by such person, then these companies can be fined heavily for such acts. Clearly, while Poland is passionately promoting free speech and advocating for a ‘free and transparent internet’ policy, India has uninhibitedly issued a number of notices to intermediaries to block content of its own citizens. The most contested issue: Section 69A & blocking.

The Supreme Court of India in the Shreya Singhal’s case recognized the necessity of free speech in the digital era and struck down section 66A of the Information Technology Act. But interestingly, the apex court of the world’s largest democracy also validated the Indian government’s intention to regulate online speech. The court categorically upheld the constitutional validity of Section 69A of the IT act, which empowers the government to issue directions for blocking for public access of any information, through any computer resource.

This of course has emboldened the Indian Government to time and again invoke this section to block public opinion on popular platforms. The court in this case observed that unlike in the case of Section 66A of the IT act, there are sufficient safeguards built into section 69A to prevent arbitrary exercise of power by the State. The court came to this conclusion by observing that Section 69A mandates the government to record in writing the reasons for issuing notice to block any information for public access. The court further convinced its consciousness by noting that such record is easily amenable to the writ jurisdiction of the Supreme Court, in case the state decides to over step its boundaries.

However, what the court completely missed to notice was the fact that the mechanism contemplated by the government to implement section 69A completely nullified the safeguards inherent to that section. That brings us to deliberate on the scope of the Information technology (procedure and safeguards for Blocking for access of Information by Public) Rules, 2009 (informally known as the ‘blocking rules’). These rules were formulated to smoothen implementation of Section 69A of the IT Act.

The Devil in the Details

According to the rules, every ‘request’ for blocking any information is reviewed by the ‘review committee’ comprising of the designated officer and representatives from the Ministries of Law and Justice, Home Affairs, Information and Broadcasting and the Indian Computer Emergency Response Team. The blocking rules begin with an elaborate set of procedures and a bare reading seems to give one an impression that there are indeed procedural safeguards to prevent arbitrariness. But of course, this is just to keep the reader amused in the beginning giving him a sense of feeling that he is dealing with an extremely progressive and tolerant piece of legislation.

The rules provide for an opportunity of hearing to stakeholders and for a reviewing committee that deliberates on the issue, before orders for blocking are passed. However, all these safeguards are sabotaged by virtue of two sly rules namely rule 9 and rule13 of the ‘blocking rules’. Rule 9 provides for blocking of information in ‘emergency cases’ where in all procedures can be dodged and a blanket order for blocking can be passed for almost up to 48 hours. The competent authority can issue notice to intermediaries to block access of any information until up to 48 hours, before such an order can be reviewed by the ‘review committee’. What is a situation of ‘emergency’ is left undefined and at the merciful interpretation of the government. The final blow to the almost imaginary safeguards is dealt by the last and final rule, namely Rule 16. It provides that ‘strict confidentiality’ shall be maintained regarding all the requests and complaints for blocking received and actions taken thereof. This means that the public can be kept in dark about the entire process, including the rational basis on which the blocking orders have been issued.

Confidentiality of Due Process

This is precisely why there is an obscurity in terms of what enabled the government to instruct twitter to block a few accounts in light of the farmer’s protest and how it could decide to block Chinese apps overnight. It becomes impossible to lift the thick veil created by these rules, to ensure the government is following due process in exercising its powers. The government gets a precious 48 hours to block public opinion, under the pretext of an ‘emergency’ with zero accountability. 48 hours is enough to kill even a genuine movement which gathers momentum in the digital space, to curb dissent which does not suit the government’s narrative.

Interestingly, the Information technology (Procedure and safeguards for Blocking for access of Information by Public) Rules, 2009 were notified by virtue of notification dated 27th October, 2009 and do not have the legislature’s mandate. Although the executive’s power to makes rules on the subject flows from the IT Act, it is not a recommended way to go about it. However, that is a discussion reserved for some other day. But it is yet very important to note that Section 69A is the parent section and the rules are only subsidiary to it and cannot be in contravention to what the parent section envisaged. Section 69A clearly provides for accountability to the extent that the government must record reasons in writing for issuing orders for blocking, which in turn can be challenged in a court of law (as observed in Shreya Singhal’s case).

However, the rules formulated to implement section 69A tell a different story. Further, Section 69A envisages punitive measures of imprisonment up to 7 years to the intermediary if it does not comply with the government’s order of blocking access. To impose criminal liability definitely calls for reasoned orders and strong evidence before holding the party accountable. The court in Anuradha Bhasin’s case has also observed that it is now a settled principle of law and of Natural justice that an order that affects lives, liberty and property of people must be made available. It is high time before these rules are revisited to guarantee Indian citizens the digital freedom of expression.