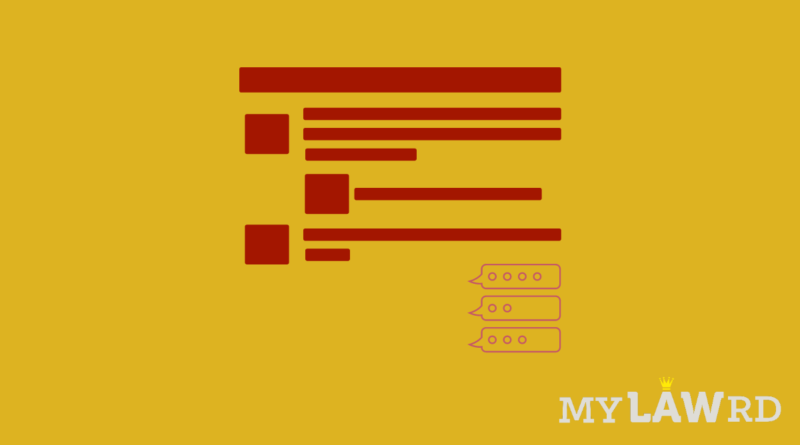 A plea by some of the major news publications of Australia to avoid liability for defamation caused by third-party comments on their social media posts has failed in the Australian High Court (topmost court). The court said that media agencies could be held accountable for defamatory comments posted on their corporate Facebook pages.

Details of the Case and the Decision

The case is concerned with derogatory comments by several Facebook users, on news stories that referred to one Dylan Voller. He filed a suit against the publishers as a result. After a court ruling favored Dylan, news publishers filed an appeal in the High Court. They argued that they administer a Facebook page on which third parties publish their own material.

The court dismissed the appeal with costs. In a 5:2 majority, the court held that facilitating comments amounted to “participation” in the communication of defamatory material. Even if the original poster was not aware of the content of later comments. The ruling means the case will now return to lower courts which will determine Voller’s claim of alleged defamation.

“27. An action for defamation does not require proof of fault. Defamation is a tort of strict liability, in the sense that a defendant may be liable even though no injury to reputation was intended and the defendant acted with reasonable care. The intention of the author of the defamatory matter is not relevant because the actionable wrong is the publication. It is often persons other than the author who are liable as publisher. A publisher’s liability does not depend upon their knowledge of the defamatory matter which is being communicated or their intention to communicate it.”

“32. Consistently with Trkulja v Google LLC and the publication rule, Webb v Bloch is to be understood to say that a person who has been instrumental in, or contributes to any extent to, the publication of defamatory matter is a publisher. All that is required is a voluntary act of participation in its communication.”

What does the decision mean for media companies?

It is pertinent to note that at the time when users posted derogatory comments, Facebook did not allow page moderators to turn off comments on posts. However, Facebook has changed that, Reuters reported.

Michael Miller, executive chairman of News Corp Australia, said the decision was significant for anyone who maintains a social media page. Organizations can be liable for comments that other users post, even when they are unaware of those comments.