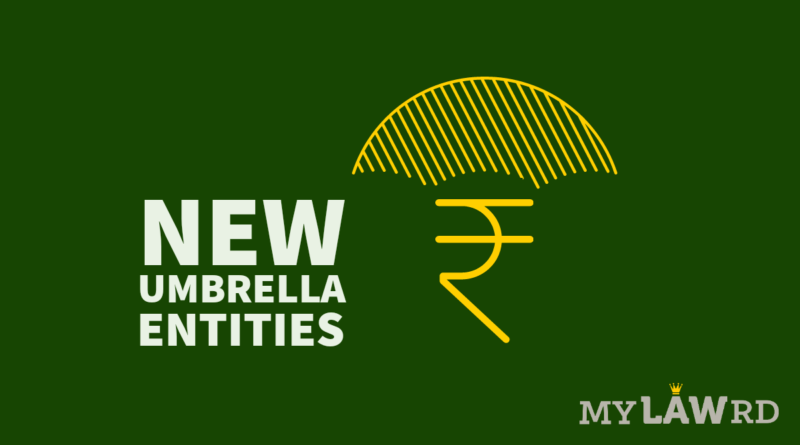 According to a report published by Deloitte, FinTech was one of the top five markets by value of capital funding and investments in the sector. It received nearly $270 million of funding in 2016. The recent news is full of big players trying to erect New Umbrella Entities. Here’s what the fuss is all about.

Up until now, the National Payment Corporation of India (NPCI) was the only umbrella organisation operating for retail payments and settlements in India. Their most successful product is the Unified Payment Interface (UPI) which powers multiple bank accounts into a single mobile application (of any participating bank), merging several banking features, seamless fund routing & merchant payments into one hood. It also caters to the “Peer to Peer” collect request which can be scheduled and paid as per requirement and convenience. However, NPCI is the only player in the industry. It is also Non-profit company registered u/s 8 of the Companies Act, 2013, because of which merchants in the UPI eco-system are unable to generate revenues.

To tackle this and reduce the growing monopoly of NPCI, RBI wants more competition in this sector. So, in August 2020, the RBI released a Draft Framework for Authorisation of a PAN India New Umbrella Entity (NUE) Retail Payment Systems. The NUE licence would enable the entity to hold pan-India control in payments, rivalling the likes of the government backed National Payments Corporation of India.

TATA Group:  Tata Group will back the proposed NUE through its subsidiary Ferbine Pvt Ltd and is expected to hold the majority stake in the venture. Airtel Digital will buy a 10% stake in Ferbine while HDFC Bank and Kotak Mahindra reportedly have a 9.9% stake each in the venture. Mastercard and Nasper-backed PayU are also part of the consortium.

Reliance: Reliance has reportedly signed up with Google and Facebook to set up an NUE, which will be promoted by RIL and Infibeam Avenues’ So Hum Bharat. Infibeam Avenues’ currently runs the payments gateway CCAvenue.

The draft was released by RBI on 18th August, 2020 detailing the eligibility and governance criteria of the proposed ‘New Umbrella Entities’ along with the scope of activities was also issued by the Central Bank. As per the proposed guidelines only those entities with at least three years of experience operating as payment operator or service providers can apply as a promoter group. Furthermore, these entities can either be ‘for profit’ or be registered under the Section 8 of Companies Act as a non-profit company like the NPCI.

The NUE should also maintain a minimum net-worth of Rs 300 crore always. Among other functionalities, the proposed umbrella body primarily will set up, manage and operate new payments system, especially in the retail space. The NUE will also be given mandate to develop new payment methods, standards and technologies and operate clearing and settlement systems. This comprise of but not limited to ATMs, White Label PoS, Aadhaar based payments and remittance services.

Scrutiny of applications will be undertaken by an External Advisory Committee (EAC) and it will submit its recommendations to the Reserve Bank. Board of Regulation and Supervision of Payment and Settlement Systems (BPSS) will be the final authority on issuing authorization for setting up NUE. Present RBI Governor said, “Availability of NUE offering products which will lead to the redundancy of existing systems can, besides addressing concentration risk, also encourage competition and innovation, thus contributing to financial stability.”