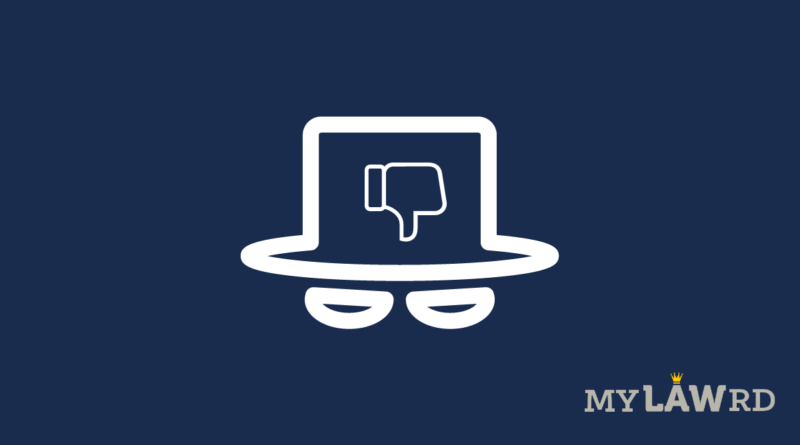 The Facebook whistleblower who disclosed the company’s negative impact on children, politics, and societies- Frances Haugen, yesterday gave her testimony in front of a Senate panel. Haugen says Facebook’s own research showed that the platform amplified hate, misinformation, and political unrest. However, the company ignored the findings in order to continue making profits. Here are the highlights of the proceedings.

Senator Richard Blumenthal kicked off the hearing and made opening remarks. He noted the revelations of the whistleblower, “their profit was more important than the pain that it caused.” He added that Big Tech is facing its “Big Tobacco moment”.

“The damage to self-worth, inflicted by Facebook today will haunt a generation. Feelings of inadequacy and insecurity and rejection and self-hatred will impact this generation for years.”

He further noted that the company deliberately gave a lower priority to political content on its news feed. But it soon went back to old algorithms that valued engagement over all else. The company also repeatedly ignored recommendations from its own researchers.

Lastly, he submitted into evidence a letter from 52 state attorney generals about the need to hold Facebook accountable, besides talking of the KIDS Act. He has introduced legislation with Sen. Ed Markey to regulate the design of social platforms to minimize harm.

Facebook has the potential to bring out the best in us

Haugen began with her opening statement after the senators and says Facebook has the potential to bring out the best in us. She said, “But I am here today because I believe that Facebook’s products harm children, stoke division, weaken our democracy, and much more. The company’s leadership knows ways to make Facebook and Instagram safer and won’t make the necessary changes because they have put the immense profits before people.”

Talking about Facebook’s outage this week, she said for more than five hours Facebook wasn’t used to deepen divides and destabilize democracies and make young girls and women feel bad about their bodies.

“It also means that millions of small businesses weren’t able to reach potential customers, and countless photos of new babies weren’t joyously celebrated by family and friends around the world. I believe in the potential of Facebook. We can have social media we enjoy that connects us without tearing apart our democracy, putting our children in danger and sowing ethnic violence around the world. We can do better.”

She added that regulators cannot take action against Facebook until they know what causes the problems. As long as Facebook is operating in the shadows and hiding its research from public scrutiny, it is unaccountable.

You can read her full statement here.

Blumenthal asked Haugen about specific proof that Facebook’s platforms are harmful to children. Haugen responded that Facebook’s own studies show that its algorithms can lead children from innocuous content like healthy recipes to anorexia (eating disorder)-promoting content. Further, more than 6% of kids admit they are so addicted to Instagram it is “materially harming” health, school work, and physical health. But she believes the number to be likely higher.

On Facebook hitting the pause button on Instagram kids, Haugen says she would be sincerely surprised if “a year from now we don’t have this conversation again”.

Later in the hearing, Sen. Rick Scott asked Haugen why Facebook has not been more proactive about addressing the issues brought up in the hearing. Haugen responded that the questions that Facebook is facing are really, really hard questions and “I think they fell a little trapped and isolated.” She adds that most social media firms have a stronghold on the positive purposes of their platforms, but Instagram is distinctly worse than others.

“TikTok is about doing fun things with your friends, Snapchat is about faces and augmented reality, Reddit is about ideas. But Instagram is about bodies, and about comparing lifestyles.”

Haugen added that the bullying follows kids home, into their bedrooms. This could potentially impact their domestic relationships as they grow older. She also said that Facebook is aware that children express feelings of loneliness and struggling with these things because they can’t even get support from their own parents who have never had this experience with technology.

Haugen said Facebook locks the staffing and expertise needed to make meaningful changes. Facebook is stuck in a cycle where it struggles to hire, which causes it to understaff projects, which causes scandals, which then makes it harder to hire.

Later in the hearing, Haugen said that problems were “so understaffed that there was kind of an implicit discouragement from having better detection systems”.

The understaffing problem is amplified by the fact that Facebook’s artificial intelligence systems only catch a very tiny minority of offending content.

Haugen said that in a best-case scenario, the systems will get 10 or 20% of all offending content. She adds that Facebook uses Ai so much to do things very cheaply for a huge number of people (scale).

“In the case of children, that means drug paraphernalia ads like that, it’s likely if they rely on computers and not humans, they will also likely never get more than 10 to 20% of those ads”

Congress has done nothing to oversee Facebook because of lobbying

Sen. Amy Klobuchar said that Congress has not taken any meaningful action against Facebook.

“You have said privacy legislation is not enough – I completely agree with you. But I think you know, we have not done anything to update our privacy laws in this country, our federal privacy laws. Nothing. Zilch, in any major way.”

Klobuchar blamed lobbying for Congress’s inaction. She says, “there are lobbyists around every single corner of this building that have been hired by the tech industry.” She adds that lawmakers have done nothing to make algorithms more transparent to allow university research. “Facebook and the other tech companies are throwing a bunch of money around this town, and people are listening to them”, she said.

Later in the hearing, Haugen also emphasizes the need for congressional oversight. She refers to Facebook’s decision in August to revoke NYU researchers’ access to platform data about the spread of vaccine information. She says that Facebook is “so scared of even basic transparency, that it goes out of its way to block researchers who are asking awkward questions, shows the need for congressional oversight”.

Haugen suggested a regulatory agency within the federal government to police Facebook. She adds that only people in the world who are trained to analyze these experiments to understand what’s happening inside of Facebook are people who have spent time there.

Later in the hearing, she said that the algorithm should focus on time

Haugen advocated for chronologically ordered content instead of algorithms choosing what people see in their news feed. She said that the danger of engagement-based news feed is that Facebook knows that content that elicits an extreme reaction from you is likely to get a click, a comment, or reshare.

However, she maintained that breaking up Facebook won’t eliminate the risks.

“What I’m scared of is that Facebook is the internet for lots of the world. If you go to Africa, the internet is Facebook. If you split Facebook and Instagram apart, it’s likely that most advertising dollars would go to Instagram and Facebook will continue to be this Frankenstein that is endangering lives around the world. Only now there won’t be [advertising] money to fund it.”

Talking about the dynamics between Facebook and Congress, Haugen said that Congress should step in and give Facebook the opportunity to declare “moral bankruptcy”. It should say to the company, “You don’t have to hide these things from us” and “pretend they’re not problems.”

Haugen said that moral bankruptcy is akin to financial bankruptcy. She envisioned a process where “they admit did something wrong” and there is a “mechanism” to “forgive them” and “move forward.”

Early in the hearing, Blumenthal asked Haugen about the internal structures at Facebook. Haugen says that Mark Zuckerberg has a disproportionate amount of control over Facebook and its policies. He owns more than 55% of the voting shares in the company which is a very unique role in the tech industry.

“There are no similarly powerful companies that are as unilaterally controlled. And in the end, the buck stops with Mark. There’s no one currently holding him accountable but himself.”

Later, Sen. Ed Markey asked Haugen if Facebook purposely targets children. Haugen responds that the company absolutely targets users under the age of 18. Markey adds that Facebook is like Big Tobacco, enticing young kids with that first cigarette. Markey also promotes his KIDS Act, an update to the Children’s Online Privacy Protection Act. It would prevent companies from collecting certain data on children. He concludes by saying that Zuckerberg’s time of invading our privacy is over.

“Here’s my message for Mark Zuckerberg: your time of invading our privacy, promoting toxic content in preying on children and teens is over.”