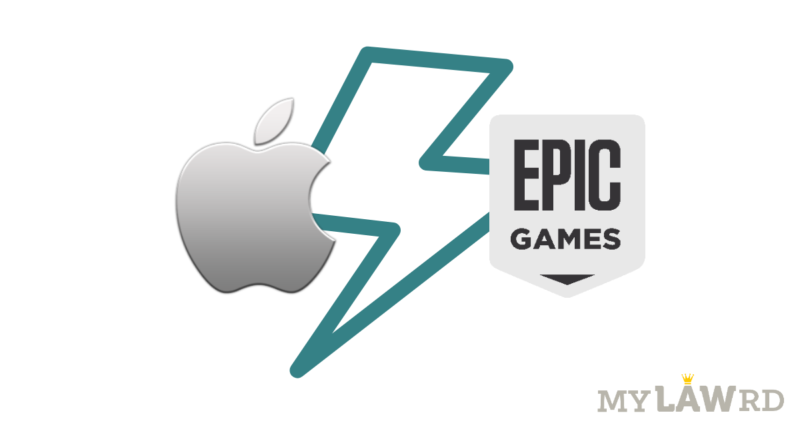 The battle between Epic Games and Apple met a judgment this week. A federal judge ordered Apple to dismantle part of the competitive barricade that protects its tightly controlled app store. This order puts Apple’s most lucrative revenue stream, the app store, in jeopardy. Further, the order potentially saves billions of dollars for app developers, encouraging them to cut consumer pricing. Following the verdict, Apple’s stock dropped dramatically and it was trading at a loss of 3% on Friday.

Epic Games is a company well known for Fortnite, a popular video game with over 400 million players globally. To bypass Apple’s 30% cut of in-app purchases, Epic developed its own in-app payment mechanism. As a consequence, Apple removed Fortnite from the App Store. Epic sued Apple shortly after, alleging ant-competitive behavior and abuse of dominant position. However, the ruling, written by US District Judge Yvonne Gonzalez Rogers, did not entirely support Epic.

Epic portrayed the hefty fee as a form of price gouging that wouldn’t be possible if other stores were permitted to sell iPhone apps.

Judge Rogers ruled for a permanent nationwide injunction restricting Apple from keeping iPhone customers in the dark about other payment methods. The ruling also allows developers to embed their own purchasing mechanisms inside their own apps. This is a win for all developers, not just for Epic.

The decision significantly broadens a concession that Apple recently made to streaming media companies. Last week, Apple allowed them to direct users to alternative payment options. The ruling extends the exemption to all developers, including game developers, who are the most profitable part of Apple’s App Store. It’s the cornerstone of the company’s $53.8 billion services division.

“Apple Inc. and its officers, agents, servants, employees, and nay person in active concert or participation with Apple, are hereby permanently restrained and enjoined from prohibiting developers from including in their apps and their metadata buttons, external links, or other calls to action that direct customers to purchasing mechanisms, in addition to In-App Purchasing and communicating with customers through points of contact obtained voluntarily from customers through account registration within the app.”

However, the judge sided with Apple on important issues like defining the relevant antitrust market as gaming transactions. With this, the court dismissed Epic’s claim that the iPhone is its own app market in which Apple has a monopoly. Apple stated in a statement:

“As the Court recognized ‘success is not illegal. Apple faces rigorous competition in every segment in which we do business, and we believe customers and developers choose us because our products and services are the best in the world.”

According to the Judge, Apple’s restrictions allow users to feel certain that the apps they acquire are generally free of viruses and pornography, and that they will receive exactly what they paid for. The judge wrote the following in this regard:

According to the verdict, Apple’s fee results in “exceptional profits”. However, the business would struggle to recoup any costs associated with giving a platform to developers if compelled to loosen restrictions. The judge went on to say that Apple’s selling point to customers about having strong security and a centralized system would be shattered.

Its 30 percent rate, she said, was set “almost by accident when it first launched the App Store” rather than as a result of market power.

The judge rejected both the definitions of market power submitted by the parties. The judge stated, “the relevant market here is digital mobile gaming transactions, not gaming generally and not Apple’s own internal operating systems related to the App Store.”

The court cannot ultimately conclude that Apple is a monopolist under either federal or state antitrust laws. Nonetheless, the trial did show that Apple is engaging in anti-competitive conduct under California’s competition laws.

Epic not only lost the fight but also the battle?

Epic isn’t winning for two reasons. In a separate judgment, firstly, the judge stated that Epic’s infusion of its own direct payment method into Fortnite on iOS was not okay. Further, it was in violation of its contract with Apple. As a consequence, Epic has to pay $3.6 million to Apple since it made roughly $12.2 million in revenue with the direct payment mechanism it injected into Fortnite against Apple’s rules.

Second, even if Epic wanted to add a secondary payment method to Fortnite now, it can’t. Apple terminated Epic’s developer account after it breached its contract. Further, Judge Rogers confirmed that Apple is perfectly within its rights to permanently remove Epic from the App Store.

“Apple has the contractual right to terminate its DPLA with any or all of Epic Games’ wholly owned subsidiaries, affiliates, and/or other entities under Epic Games’ control at any time and at Apple’s sole discretion.”

Tim Sweeney, the founder of EPIC, wrote the following on Twitter:

Responding to this verdict, Senator Amy Klobuchar of Minnesota, who chairs the Senate Judiciary Committee’s antitrust group, said the decision only addressed part of her worries about app shops.

“Apple has abused their power to bully and profit off small companies. All businesses should be able to communicate with their customers and not be held hostage by monopolistic behaviour.”

It is clear that courts continue to narrowly interpret the antitrust laws in favor of monopolies.

In conclusion, this verdict harms both EPIC and Apple. EPIC has soured its relationship with Apple (which is a huge customer base) but also has to pay millions. On the other hand, Apple has to relax some of its restrictions. It will have to allow external payment options, potentially costing it billions of dollars in revenue.