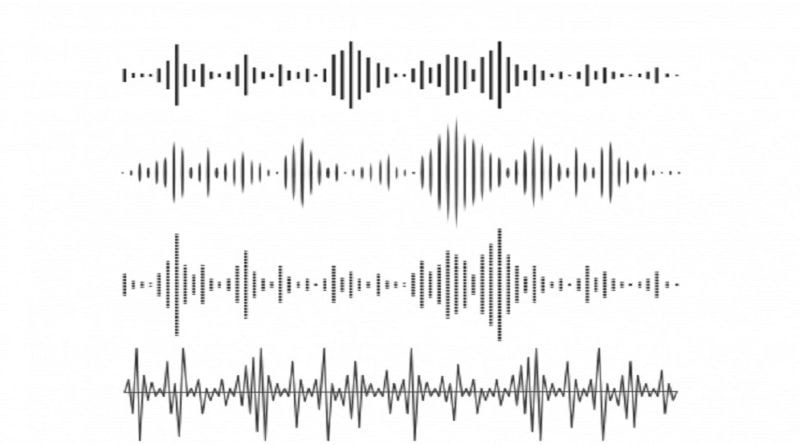 Have you heard of voice sampling? Forensic voice identification? As clueless were the courts until about a couple of months ago as we are about the topic. Well, that changes with the judgment by the Hon’ble Ranjan Gogoi, CJI, Deepak Gupta, J, and Sanjeev Khanna, J. The case is Ritesh Sinha v. State of Uttar Pradesh [Cr. Appeal No. 2003 of 2012]. So what does the judgment say, can the court force you to give a voice sample? Let’s find out!

What is a voice sample?

Voice identification is how investigating authorities identify the voice of accused present in any audio, video, recorded telephonic conversations, etc. As per the Law Commission of India (87th Report, 1980), “a voiceprint is a visual recording of voice. It mainly depends on the position of “formants”. These are the concentrate of sound energy at a given frequency. It is stated that their position in the “frequency domain” is unique to each speaker. Voice prints resemble fingerprints, in that each person has a distinctive voice with characteristic features dictated by vocal cavities and articulates.” For identification, forensic experts record voice samples and match the sample against the voice present in an audio. Based on the results, experts confirm if the voice present in the audio belongs to the accused or not.

For many years, the legislative inaction had handicapped the courts and the Magistrate could not order the recording of voice samples. It was all down to the consent of the accused, which in most cases refused to oblige. The prime contentions were specifically-

Judgment of the Supreme Court on voice samples, in 2012

The issue had come before various High Courts including the Delhi High Court in Rakesh Bisht v. C.B.I [2007 (1) JCC 482], prior to being put before the Supreme Court in 2012. A bench of two judges, Justice (Smt.) Ranjana Prakash Desai and Justice Aftab Alam heard the issue. The bench concurred on the first question. “If an accused person is directed to give his voice sample during the course of an investigation of an offense, there is no violation of his right under Article 20(3) of the Constitution.”

The bench relied upon the State of Bombay v. Kathi Kalu Oghad & Ors. [(1962) 3 SCR 10] and Selvi and others v. State of Karnataka [(2010) 7 SCC 263]. In the words of Justice Desai, “voice sample is like fingerprint impression, signature or specimen handwriting of an accused. Like giving of a fingerprint impression or specimen writing by the accused for the purpose of the investigation, giving of a voice sample for the purpose of investigation cannot be included in the expression “to be a witness.” By giving a voice sample the accused does not convey information based upon his personal knowledge which can incriminate him.”

What was the existing law on voice samples?

Coming to the second question, the Indian Parliament had failed to legislate on this subject. The Law Commission of India, in its 87th Report, had suggested to amend the Prisoners Act to include voice samples within the ambit of Section 5, but the parliament did not act. This inaction had created a great void between the efforts of police for identification of accused through voice sample. The court also did not have power to order taking of such a voice sample. The accused could simply refuse to give voice sample and thwart the efforts of the police to ensure his identity. Justice Desai, therefore, took on the task of exploring available options to such a power to the court.

The Hon’ble Judge made a reference to Section 2(h) of the Cr.P.C, 1973, defining the term ‘investigation’. It revealed that the investigating officer didn’t have any power to record physical evidence, unless he was authorized to do so by a Magistrate. The only way to give such authorization was under Section 156(3), which allows incidental powers necessary to ensure proper investigation. This principle was upheld in Sakiri Vasu vs. State of Uttar Pradesh [(2009) 2 SCC 409]. Justice Desai, therefore, began navigating through provisions of the Criminal Procedure Code to bestow upon the Magistrates such implied or ancillary powers, which could allow him to direct recording of voice samples of the accused person.

The Bombay High Court had previously made a similar attempt in the Central Bureau of Investigation, New Delhi v. Abdul Karim Ladsab Telgi and others [2005 Crl. L.J. 2868]. The High Court had relied upon the Prisoners Act, which authorizes taking of measurements and photographs of convicts and others. It had held that measuring frequency or intensity of the speech sound waves fall within the ambit of the scope of the term “measurement” as defined in Section 2(a) of the Prisoners Act.

However, when the Delhi high court heard a similar kind of issue two years later in Rakesh Bisht, it disagreed with the Bombay High Court’s judgment in Telgi. The Delhi High Court held that “if after investigation, charges are framed and in the proceedings before the court, the court feels that voice sample ought to be taken for the purposes of establishing identity, then such a direction may be given provided the voice sample is taken only for the purposes of identification and it does not contain inculpatory statement so as to be hit by Article 20(3) of the constitution.”

Noteworthy is the qualification ‘proceeding before the court’, meaning simply that it could be done only post-investigation and not at the stage of the investigation. The ratio laid down by the Delhi High Court also created a technical strain on the forensic voice identification process, as sample recording of the inculpatory statements had to be avoided, which could in some cases be the entire conversation available as evidence!

Justice Desai adopted the view taken by the Bombay High Court in Telgi and after briefly discussing Section 7 and 73 of the Evidence Act, 1872; she rested her conclusion on the interpretation of Section 53 of Cr.P.C and Section 5 of the Prisoners Act. Section 7 was found to be insufficient for the purpose as in In R.M. Malkani v. State of Maharashtra [(1973) 1 SCC 471], the Supreme Court had held that tape-recorded evidence is admissible provided:

Once again, the issue remained whether the police have the power to take a voice sample for identification of the voice. Referring to Section 73 in State of U.P v. Ram Babu Misra [(1980) 2 SCC 242], the Supreme Court had observed that the second paragraph of Section 73 enables the court to direct any person present in court to give specimen writings “for the purpose of enabling the court to compare”.

Therefore, on similar lines of Rakesh Bisht, some proceeding before the court had to be existing, which was possible only after investigation and not during the investigation. Finally, not interpreting the provisions strictly, Justice Desai held that a Magistrate has an ancillary power under section 53 to pass an order permitting the taking of voice sample to aid the investigation. Relying upon Kathi Kalu Oghad, she observed that it is as much necessary to protect an accused person against being compelled to incriminate himself, as to arm the agents of law and the law courts with legitimate powers to bring offenders to justice. However, Justice Aftab Alam dissented on the second question.

This article was first published on Metacept.com and is a first one in the series of two articles. You can read the next part here.

7 thoughts on “Can the court force you to give a voice sample?”