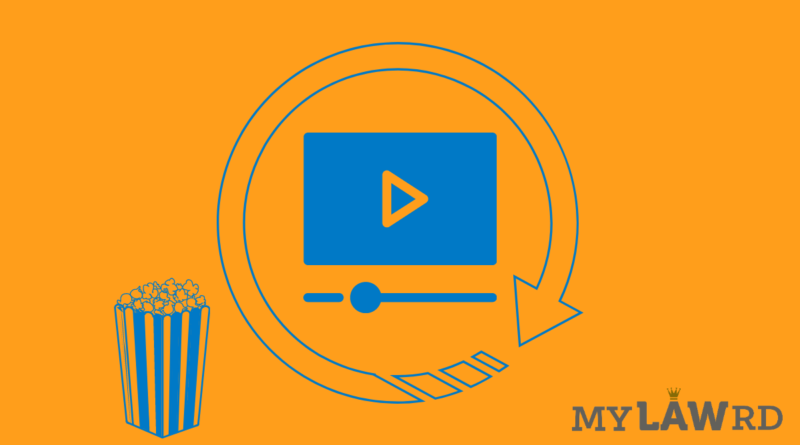 On 11th November, 2020, the Cabinet Secretariat issued a notification under the business of allocation rules. The notification stated that digital and online media henceforth falls within the jurisdiction of the Ministry of Information and Broadcasting (MIB). The notification is being seen a step forward in OTT regulation & essentially means that MIB will have principal jurisdiction over-

So, the Ministry of Information and Broadcasting will be looking into the legal and regulatory aspect of OTTs going forward.

OTT platforms, Amazon Prime and Netflix for example, have witnessed record breaking surge in subscriptions during the lockdown. Although these platforms do not publish this information, the Nielsen Smartphone Panel Report says that users averaged almost 4 hours/per week on Video On demand (VOD) Consumption. To give you some context, if we just take into account this 12,000 user base survey, that adds to 4,11,428 minutes watched daily. (more eyes, more minutes, more ads, more revenue- the math is simple!)

But how is it growing so much?

This is mostly because the choice and diversity of content available on these platforms is much greater. A film theatre has to cater to the mainstream audience expectations for sustainability. For instance, in the year 2015, Bajrangi Bhaijaan was released on Eid. It was a big budget film. A week later, Masaan was released. Most of the theatres were playing all day shows of Bajrangi Bhaijaan. But guess who won the awards? Masaan– a box office failure. In the process, many deserving films often miss out on decent screening slots or have to make do with whatever is available. The online platforms do not have to deal with these concerns and offer a good mix of both mainstream and art-house cinemas. PwC published a report[i] according to which the OTT market in India is predicted to grow at 21.8% (CAGR) from Rs. 4,464 Cr. in 2018 to Rs. 11,976 Cr. In 2023.

Also, the value proposition that an OTT platform offers is greater. You can enjoy more (and diverse) content for the price of a couple of Saturday evening show tickets. Not to mention, you can take the content with you and watch it anytime- while commuting, in the library, on a lazy Sunday morning, even while burning the carbs on a treadmill!

However, one must not forget the role cheap internet has played in boosting the OTT reach to the urban masses.

Why do we need OTT regulation?

One, because self-regulation is insufficient. The decision making cannot be solely left to the platforms. In October 2020, 15 OTT platforms signed a self-regulation code. However, it is a double edged sword. It could stand for too much expression, or too much censorship. For example, in US show called Last Week Tonight, hosted by John Oliver, aired an episode where the host was critical of the Prime Minister of India with regard to the CAA Legislation. Hotstar decided to remove the episode from their application without any complaint/ grievance.[ii] There must be a regulatory guidance to give direction to the industry. Other than that, broadcasts affect the minds of the audience.

If a mind is activated/ simulated by violence, aggression is more likely which could lead to a person mimicking what they observe. The long term effect of continued observation/ watching of violent content is truly devastating. A child’s behavioral self-guide, which continually encodes in his memory, can be biased towards aggressive and hostile behaviour. Further, repeated exposure to emotionally activating content can lead to a habituation of certain reactions. Thus, over a period of time, a child’s negative emotions to violence may decline in intensity- a process better known as “desensitization”. [iii]

People watching violence in web series and movies after a point start trying to co-relate with such instances with real life and behave the way the characters in such web series do, which is very detrimental to the society. (a very simple example perhaps- do you remember children jumping off of their roofs with a hope that Shaktiman will save them?)

Moving on to another very sensitive topic- objectification of women- something that majority of the content champions. If you could just read the previous two paragraphs, but in the context of sex education? Now imagine children, or even for that matter adolescents and adults watching content where the camera focuses women’s bodies. What behaviour is that going to etch? In a country where pornography is banned (since 2018) because the country received the tag of ‘rape capital’, multiple OTT platforms thrive only by hosting a plethora of soft porn. A similar desensitization phenomenon normalises even child pornography- 25,000 cases of which were reported between September, 2019 and January, 2020.

In 30-70% of the mainstream pornographic scenes include acts of physical aggression towards females and it is shown like the female is willing recipient of such acts.[iv] Reality is completely different, and because of this several women face negative consequences. Easy access to such explicit content on OTT Platforms has raised concerns of youth’s mental health and well-being. Following are some of long term consequences which are very harmful for the society:

It’s your choice, right? So, OTT platforms can perhaps go the consent way and make the adult content available to people above 18 years of age with their consent.

There are such regulations in foreign countries.in Singapore, the Infocomm Media Development Authority (IMDA), the media regulatory body, issued a code of practices for OTT and video-on-demand services. As such, service providers have to classify their contents as

b) PG: for parental guidance,

c) PG13: for parental guidance for children below 13,

f) R21 for content restricted to people of 21 years and above only.

The code further requires service providers to display the ratings and the elements in the content, including theme, violence, nudity, sex, language, drug use and horror. The algorithm of these service providers work accordingly. For example, while signing up they ask a user his age and if the age is less than 18 years, they will recommend the user shows accordingly.

But again, for a mandate that to provide a user with such a framework, you need laws for OTT platforms’ regulation.