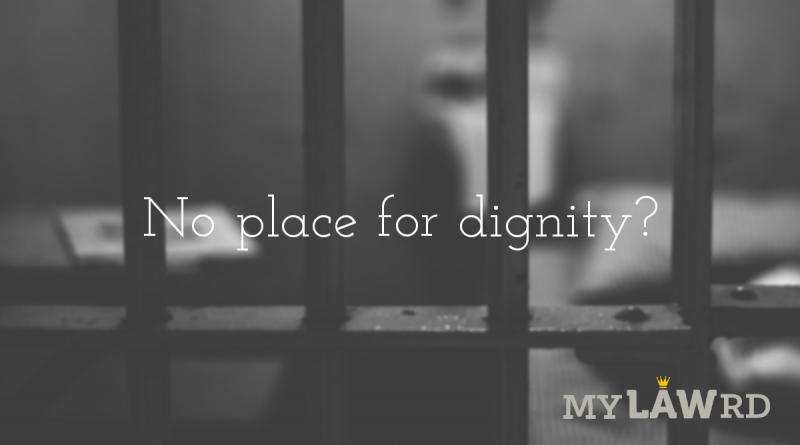 I have kept a distance from the Sushant Singh Rajput case. Well, until now. There are multiple reasons. First, there are many issues that are not getting the attention that they deserve. There are heabus corpus petitions being ignored. Karnataka, Bihar, Assam, Gujarat, and West Bengal are flooded affecting millions of people. Several states are facing the risk of flash floods. There are migrants dying without food. And of course, we have rejected to recognize the social, economic, and health-related impacts of the mother of all, the Coronavirus. One report suggests that 5 million people have lost their jobs.

Second, there is definitely a great deal of undue interference in the case by the media. Each time I tune in to any news channel, I am instantly reminded of “The Struggling Girl”, a photograph by Kevin Carter. We are just being fed marketable news snippets. News that is worthy of no more than 5 minutes is occupying prime-time debates. There is little to no reflection on a number of issues that it ultimately leads to. The living, and the dead, no one has been saved of malignant defamatory campaigns. Individual privacy is in tatters. There is a complete mockery of the criminal justice system. Now that could be because the third reason, which has perhaps forced the media to take it upon their own shoulders that justice is enabled. But some stories are simply off-limits.

Third, despite the extremely disturbing methods of the Mumbai Police, there is yet no talk about police reforms. While the Supreme Court is busy with the 11-year-old tweets of Mr. Prashant Bhushan shaking people’s faith in the judiciary, it has got little time to ponder over the faith that the public reposes in the Police and the State. No filing of F.I.R, no report on the cause of death, missing date on the Post Mortem report, forceful quarantine of an IPS officer, and whatnot. The Bollywood-stricken Mumbai Police and the Government have indeed put on a great show. (slow claps)

Fourth and the last, what is the most likely end to all this? Yes, the files will change hands and desks for years. But, no. Most likely, we’ll get nothing. (if you remember Arushi Talwar, Sunanda Pushkar, Jia Khan) No accountability, responsibility, fairness, checks and balances. No justice. Not a shred of truth, but an all deafening noise. Another Indian being refused justice. (not necessarily conviction, but fair investigation, fair treatment, reputation, a decent death) What a colossal failure for a state celebrating its 74th Independence Day!

What worries me the most is the leaked WhatsApp chat of the accused, or suspect(s), the deceased, or even their families, making rounds on the internet. (good luck trying the right to fair trial and the right to be forgotten) This is a big-time problem. The police officer participating in investigation leaks the information gathered to grab headlines and create a perception against the accused. Mind you, it is the perception, and not the truth that people are being fed through the media. We have recently witnessed this trend in the Delhi Riots case against a Pinjra Tod member and a Jamia Millia Islamia student, Bhima Koregaon case, and now in the Sushant Singh Rajput case. In both Pinjra Tod and Jamia student’s case, the Delhi High Court has sought information from the police and the media on sensitive investigation information leak. It is a clear attempt to subvert the due process of justice.

By the time the trial begins, the accused have had their personal lives exposed, their guilt presumed and their futures ruined because of extravagant press coverage. The accused, even after acquittal, find it very difficult to land jobs and stay in their neighbourhood with dignity. Their lives are destroyed, beyond repair.

In a 2015 case, the Maharashtra Government had informed the Bombay High Court of its decision to abide by a set of instructions contained in an October 2014 circular. The circular ordered the police and prosecutors not to disclose the identities of accused persons to the media, the methods of investigation or details about the family of the accused. The High Court had observed that the practice of divulging information, “may seriously affect the quality of the investigation including the contents of the statements made by the witnesses during the investigation are revealed, the accused or persons involved in the crime can certainly take undue advantage.” Clearly, the instructions are not being followed.

“The use of the electronic media by the investigating arm of the State to influence public opinion during the pendency of an investigation subverts the fairness of the investigation. The police are not adjudicators nor do they pronounce upon guilt.” -Justice D.Y. Chandrachud’s dissenting view in Bhima Koregaon case.

Interestingly, there are also Press Council of India guidelines for media houses to follow, and report court proceedings and facts. But the mob chooses to hit and run.

Is there a remedy to it?

Generally, the accused seeks civil remedies from the court, including an injunction against the media houses reporting the leaked information.

However, in cases where sections of the Information Technology Act, 2000, have been invoked, there is a peculiar remedy. As per Section 78 of the Act, no officer below the rank of Inspector shall investigate any offence under this Act. Therefore, the investigating officer is drawing powers from the IT Act to investigate the offence. Now Section 72 prescribes a penalty for ‘breach of confidentiality and privacy’.

The section says that any person, who in pursuance of any of the powers conferred under this Act, rules or regulations made thereunder, has secured access to any electronic record or document, discloses such electronic record or document to any other person, without the consent of the person concerned, shall be punished. The punishment could be imprisonment for up to two years, or fine which may extend to one lakh rupees, or both.

Therefore, an aggrieved person can file a case against the Investigating Police Officer if he discloses the case information during investigation. Also, filing a criminal case does not prohibit the aggrieved person from applying for a civil remedy and seek compensation for the damage suffered by his reputation.

One thought on “Leaked WhatsApp chat during the investigation: Is there a remedy?”