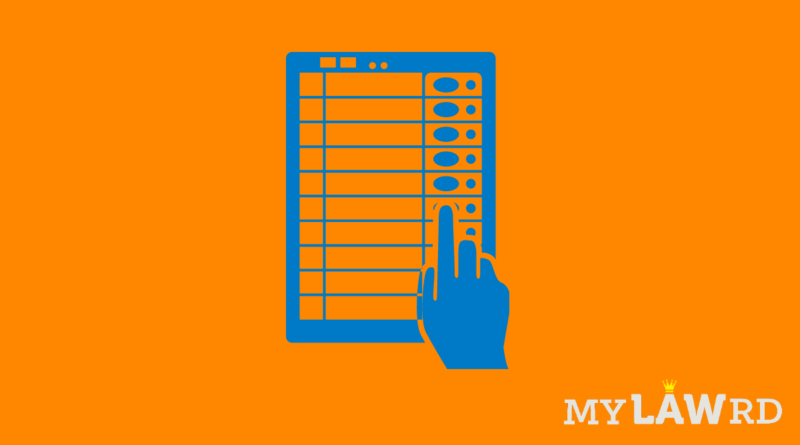 The Election Commission has once again defended the integrity, non-tamperability, and credibility of the EVM-VVPAT machines while replying to an RTI application filed by independent journalist Sourav Das. He had filed an RTI to seek information regarding a letter sent by ex-IAS officer Kannan Gopinath to the Commission about EVM-VVPAT’s vulnerability to manipulations.  The commission stated that the complaint was referred to the Technical Experts Committee (TEC) for examination. The TEC submitted that no new point was claimed in the complaint and concluded that EVM-VVPAT systems are not vulnerable to any manipulation. Therefore, no investigation was warranted.

Earlier Kannan had revealed certain information which raises serious questions over the credibility of EVM-VVPAT machines. In an article reported by the Wire, Kannan had raised the vulnerability of EVMs in the following ways:

ECI states that EVMs stand-alone computers that cannot be accessed remotely over a network, are not attached to any external devices, and do not have an operating system. As a result, there is no way to configure the EVMs in a specific way to pick a particular candidate or political party.”

However, as per the VVPAT user-manual prepared by Bharat Electronics Limited (BEL), a “laptop computer/desktop PC” is needed for the commissioning of VVPAT. This shows external connection can provide a mechanism to manipulate EVMs and resulting in vulnerabilities of the system.

The Ballot Unit (BU) and the Controlling Unit (CU) of the EVMs were completely separate devices in the pre-VVPAT period. The CU registers a vote when the blue button on the BU is pressed and the computer was not aware of the symbol of the parties or the vote given by the person.

With the introduction of VVPAT, the scenario described above has changed. The VVPATs prints the candidates’ names and symbols when the blue button on the BU is pressed. As a result, the computer knows which button includes which candidates and what the symbol is. In the CU, the VVPAT now registers a vote.

VVPATs is equipped with a basic processor, memory, and printer. Since serial numbers, addresses, and symbols of the candidates must be loaded onto it before voting, it has a memory. “The VVPAT is equipped with a processor and programmable memory. There’s a possibility it can be abused if it has a processor and programmable memory. As a result, the device isn’t foolproof,” Gopinathan explained.

ECI has earlier claimed that the machine will go into error mode connected to any other machine. Introduction VVPAT to the EVM should therefore hinder the working of EVM, states Kannan.

Replying to the application filed by Sourav, ECI has stated that it is confident of the absolute integrity, non-tamperability and credibility of the EVMs.

“The Commission’s trust is based on a variety of technological and administrative procedures and procedural protections that protect EVMs and VVPATS from tampering during the manufacturing, transportation, storage, voting, and counting processes. Before each election, each EVM and VVPAT is subjected to at least three Mock Polls in the presence of representatives from political parties. In the presence of political party members, First Level Checking (FLC) and Candidate Setting (Commissioning) of EVMs and VVPATs take place. After FLC, EVMs and VVPATS are randomised twice before being assigned to an Assembly and then a polling booth. All EVMs and VVPATS are used in the commissioning mock poll in FLC. The EVM’s electronic result is compared to the VVPAT’s paper count.”

In 2017, ECI organized an EVM Hackathon in which seven national political parties and 49 state parties were invited to participate in the event. The parties were asked to send three members to demonstrate that hacking EVMs was feasible. They were to be given four machines each, procured from Punjab, Uttarakhand, and Uttar Pradesh, where recent Assembly elections had taken place, and given a four-hour time limit. The hearings were to be judged by experts from an EC technical committee. The participants were permitted to open the computer and examine it without tampering with its components. Just two groups, the CPI-M and the NCP, were found to be ‘participating.’