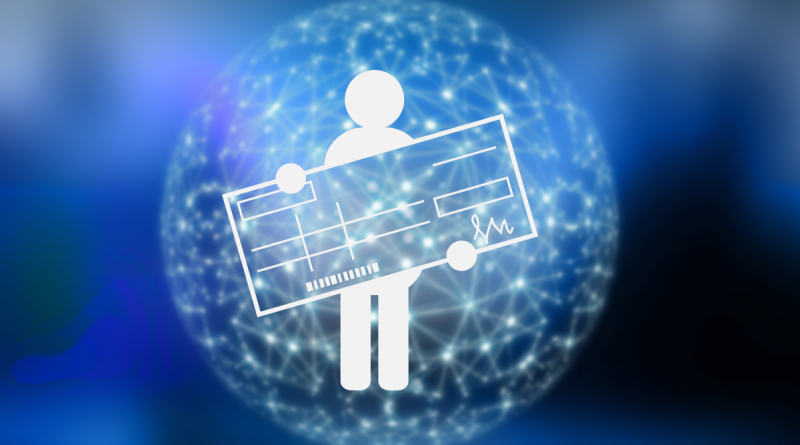 Twenty first century is the century of digitisation of business processes. The banking sector has undergone tremendous changes in the processes of money transactions. Two decades ago, the time taken to deposit the cheques and it to be cleared was from two to ten days, depending upon the distance between the branch of the payer and the payee. This delay of timing has been reduced to strict 24 hours irrespective of different branches, different banks and different cities or state of the country. And this change has been possible due to the introduction of Cheque Truncation System through amendment of 2002 in Negotiable Instrument Act (NI Act).

Insertion of definition of Truncated Cheque in the Negotiable Instruments Act

The amendment in the NI Act definitions a cheque in the electronic form as :

‘a cheque which contains the exact mirror image of a paper cheque, and is generated, written and signed in a secure system ensuring the minimum safety standards with the use of digital signature (with or without biometrics signature) and asymmetric crypto system’. And this amendment defines a truncated cheque as a ‘cheque which is truncated during the course of a clearing cycle, either by the clearing house or by the bank whether paying or receiving payment, immediately on generation of an electronic image for transmission, substituting the further physical movement of the cheque in writing’.

As the term truncation suggests shortening or removing some part of it, truncated cheque represents the shortened process of clearance of cheque by cutting the transportation and reducing the time involved. Based on this concept, RBI soon introduced the Cheque Truncation System in 2008 to faster cheque clearance. However, this term should not be misunderstood with virtual cheques. This process does not cut the process at the part of payer/ applier of the cheque rather it cuts the time involved in processing the cheques in the banks. It means the payer/ applier of the cheque still needs to write and sign the cheque and submit it in the bank.

In this new system, the bank branches collect the CTS cheques from the customers in usual manner. Then the image of a cheque(s) is captured using their Capture System. The collecting bank sends the data and captured images to the clearing house (grids) in a duly signed digitally and encrypted format. For clearing purposes collecting bank, paying bank are provided with an interface, Clearing House Interface (CHI) to connect and transmit the images and other data in a secured manner.  As this process is done on Internet, the security of the data is crucial and to ensure the security, non-repudiation of images and other data, end to end public key infrastructure has been used in the CTS.

The clearing house/grid processes the data and images received by the collecting bank and settles the figure and send the images to the paying bank (Bank of the payer/drawee) and this is called presenting clearing.  The paying bank receives the images through CHI and the payee banks approve the transaction. At times Paying bank generates a return file for unpaid instruments to clearing house and the clearing house processes the data and return data to the collecting bank. Once the presentation clearing and the associated return clearing session are successfully processed, the clearing cycle is considered completed.

The Central Bank commenced CTS in India by introducing it in the National Capital Region in February 2008. CTS reduced the physical movement of cheques and enable the use of images for payment processing. The old system of Magnetic Ink Character Recognition (MICR) was subsumed by the new CTS. Following the implementation of CBS, Speed Clearing was also introduced for local clearance of outstation cheques drawn on core banking enabled bank branches. Furthermore, RBI launched CTS -2010 standards on February 22nd, 2010 for the purpose of enhancing the security features on cheque forms towards standardisation of cheques.

RBI mandated all banks to issue CTS-2010 standard cheques by September 30th 2012. RBI issued certain features for CTS security standards which are Watermark of Bank’s name at the manufacturing stage of cheques, VOID pantograph which contains an encrypted code to identify the unique cheque by the CTS Scanners, and bank’s logo with UV Ink at printing stage. Other features included field placements of the cheque, clutter free background, prohibiting alterations /correction on cheques and pre-printed account number.

Expansion of CTS across India

Initially, the limit of CTS migration was limited to 50,000 instruments per month. After a successful implementation for three years in February 2017, upon a cheque volume of 30,000 and above, all ROs were instructed to migration of MICR centres to CTS. In 2018, it was further reduced to a volume of 10,000 cheques per month, subject to the availability of arrangement required for CTS. All Express Cheque Clearing Systems (ECCS) has been replaced by the CTS. Sixty-six MICR centres across the country were transformed in CTS grid systems from July 2014 onwards. RBI has envisioned a new approach in the form of grid based approach. According to this approach, the entire volume of cheques of the country will be processed by the three grids in New Delhi, Chennai, and Mumbai.

This process has most benefitted the inter-bank transactions and the customers and banks of remote locations.

Security of the CTS System and Data

Confidentiality, non-repudiation and accuracy of data is ascertained by strong encryption and the Use of Public Key Infrastructure (PKI). The standards used for the PKI in CTS System needs to be consistent with the practices prescribed by the Institute for Development and Research in Banking Technology (IDBRT), Certifying authority of Indian Banks and financial institutions. The standard encryptions prescribed by IDBRT includes

Cheques are still a highly used method of payment in our country. Indian banks annually process about 1.2 billion instruments. CTS has been proved as a boon for cheque processing. This new system is time efficient, cost efficient and more secured. With the help of digitisation and better encryption practices, RBI is dedicated to improve the banking system and the processing of cheques further. The RBI has announced to implement the positive Pay System for Cheque Truncation from January 1st, 2021.

Many thanks to Adv. Bhagyashree Swami for her guidance on this article!

Khadeeja Zaidi is an undergraduate student, studying B.A.LL.B (Hons) from Faculty of Law, Aligarh University. She aspires to be an expert in Cyber Law, IPR, and Technology Law. Along with her academics, Khadeeja is fond of writing blogs, posts, and articles highlighting contemporary issues.